Last Updated 01.10.2020 | 9:50 AM IST
feedback language
follow us on
Home » News » South Cinema » Bollywood News KGF star Yash and wife Radhika Pandit announce the name of their daughter in the most heart-warming way!

Yash and his wife Radhika Pandit are currently enjoying their parenthood after Radhika gave birth to their daughter in December last year. While fans have been eagerly waiting for the family to announce the name, the couple has been contemplating the name for their little angel for a while. They often referred to their daughter as YR on Instagram and other social media platforms after their respective initials and now they have finally locked the name for the little one. It is Ayra Yash. 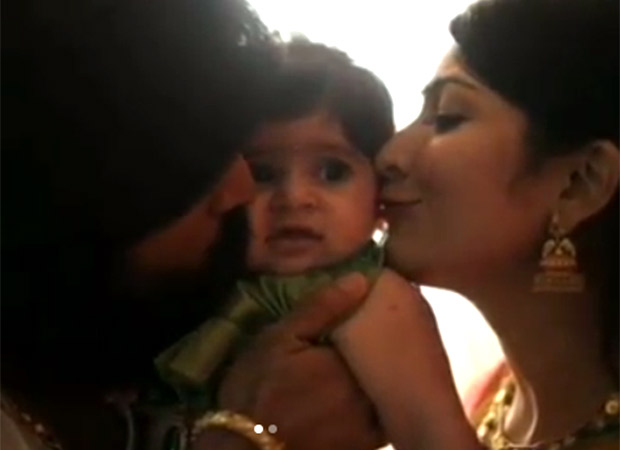 Yash and Radhika Pandit have been sharing photos and videos of their daughter on Instagram since last month and now they also announced her name on the same platform. However, it was not just an announcement but going by the videos, the couple also hosted a traditional and beautiful ceremony, celebrating the arrival of their daughter.  And now, both Yash and Radhika shared video teasers from the ceremony on their respective Instagram handles.

On the work front, Yash has kicked off KGF Chapter 2. While KGF Chapter 1 was a success all over, including the Hindi dubbed version, the sequel to the same is expected to have Bollywood stars like Sanjay Dutt and Raveena Tandon. The film will retain some of the star cast from the prequel including the leading lady Srinidhi Shetty. It is expected to release some time next year.