She played the demure and submissive girl in Arjun Reddy! Shalini Pandey made her debut with the Vijay Deverakonda starrer and since then, she has been winning hearts as Preeti. The role was later reprised by Kiara Advani in the Bollywood film Kabir Singh starring Shahid Kapoor. And now, the actress is creating waves yet again, albeit on the internet with her latest bikini photos on social media. 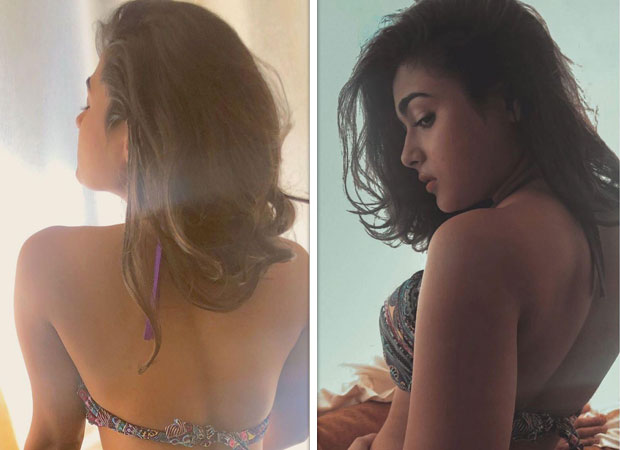 Although we aren’t sure whether Shalini Pandey has taken off for a trip or if it is a photoshoot, the actress shared a series of bikini photos that has left her fans surprised. Her fans who are used to the demure and salwar-kameez clad image of the actress, these images have left them quite stunned. Nevertheless, we had say Shalini definitely sizzled in her new look, what do you guys think?

On the work front, Shalini Pandey will next be seen in 100 percent Kadhal along with Eddari Lokam Okate and Agni Siragugal in the pipeline. The actress was seen in popular films like Mahanati and NTR Kathanayakudu after the success she tasted with Arjun Reddy. On the other hand, Kabir Singh featuring Shahid Kapoor and Kiara Advani has set the box office registers ringing and is expected to better business in the coming days.

Also Read: Adah Sharma flaunts her bikini – perfect body in this leopard-print monokini and we can’t get over this HOTNESS OVERLOAD!