After the most memorable performance by the Akkineni family in  Manam, Nagarjuna Akkineni and his son Naga Chaitanya are coming together for the second time for Bangarraju. 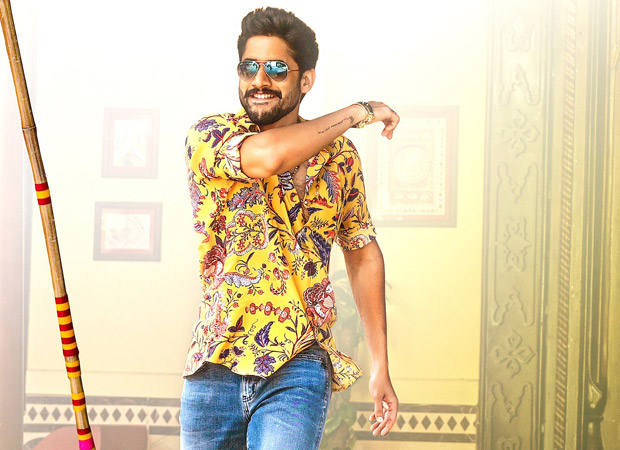 Nagarjuna revealed the character look of his son Naga Chaitanya on Monday. The last time they shared the screen was in 2016 in the film Premam. In the movie, Nagarjuna appeared in a cameo role as the father of Chaitanya’s character.

Bangarraju's teaser will be released on the special occasion of Naga Chaitanya's birthday, November 23. However, they have freshly released the first look poster of Naga Chaitanya. In the poster, Naga Chaitanya is dressed stylishly  in a yellow shirt and denim ripped jeans, and is seen flinging a luxury cattle prod and legging it smoothly. He also wears sunglasses and a hefty bracelet, which contribute to his fashionable style. From the looks of the poster, it seems that Naga Chaitanya is going to play a vibrant and energetic character with the perfect blend of romance.

Naga Chaitanya was last seen in Love Story for which he was certainly appreciated. He garnered significant appreciation for his performance in the film, which discusses the prevalence of caste prejudice in modern society. Written and directed by Sekhar Kammula, the movie also starred Sai Pallavi in the lead role.