Last Updated 26.01.2022 | 2:33 PM IST
feedback language
follow us on
Bollywood Hungama » News » South Cinema » EXCLUSIVE: “It is a very special film for me as it’s my first Telugu project” – Abhishek Banerjee on Tollywood debut with Highway

Abhishek Banerjee is one actor who in a short span created an impact with his variety of performances. Be it Jaana in Stree or Subodh aka Compounder in Mirzapur or Hathoda Tyagi in Pataal lok or Eshit (feisty lawyer) in Rashmi Rocket, he has always proved his metal as an actor. 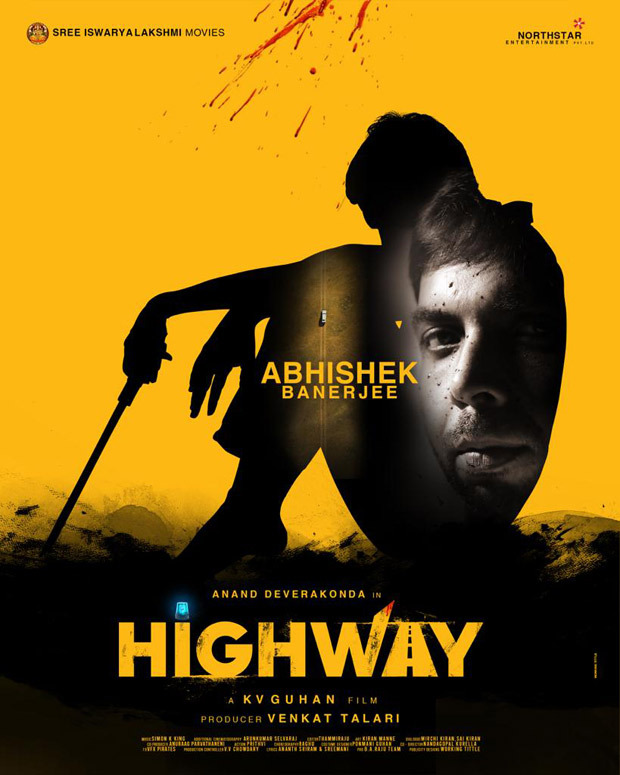 With multiple releases this year, the actor has brought his acting prowess to its full glory. Now, marking his foray into Telugu cinema, Banerjee has just released the poster of his first Telugu film Highway. It is a nerve-wracking crime thriller directed by KV Guhan and stars Anand Devrakonda, Saiyami Kher, Manasa Radhakrishnan and Abhishek Banerjee himself.

Talking about the same, Abhishek shared, "Highway is a psychological crime thriller with a refreshing story. It is a very special film for me, as it's my first Telugu project. It was a different experience shooting for this one. As for my fans, they will see me in a very different role in Highway."

Sharing the poster, Abhishek wrote, "So happy to Announce my Debut Telugu Film #HIGHWAY directed by @kvguhan produced by #venkattalari
Had so much fun on this one and was lucky to have amazing co Actors @ananddeverakonda @saiyami @me.radhakrishnan ♥️♥️
@sophiashaikh3 @castingvickey_official #telugucinema #newbeginnings #debut #actor #actorslife #hathodatyagi."

Highway stars Anand Deverakonda and marks the Telugu cinema debut of Malayalam actor Manasa Radhakrishnan who is playing his love interest. Cinematographer-turned-director KV Guhan is helming the project. The release date of the film is yet to be announcement.