Allu Arjun conveyed his appreciation to Kamal Haasan after he learned that the veteran Tamil actor watched Pushpa: The Rise. Kamal watched the film with Pushpa’s music director Devi Sri Prasad recently. The screening took place at what seems to be Kamal’s housing. Pushpa was recently released on Amazon Prime Video. 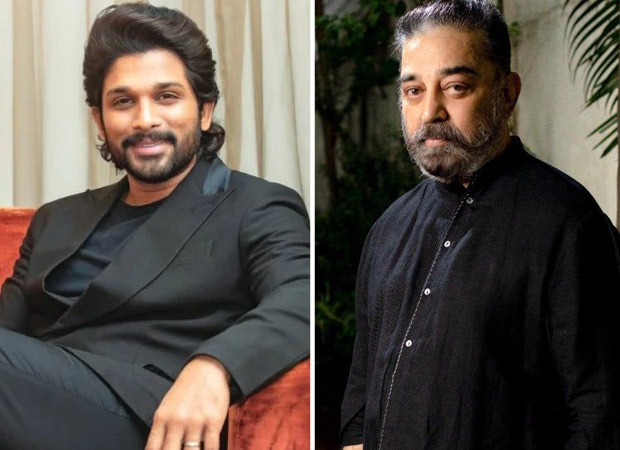 Devi Sri Prasad took to social media and shared pictures from the personal screening. Kamal and Devi posed beside the television with a still from the movie displaying in the background in one resemblance.

The music composer wrote, “Dearest ULAGANAYAGAN @ikamalhaasan sir. Thanku so much 4 taking out time & watching our #PushpaTheRiseOnPrime. U r d sweetest Sir. thanks 4 all d lovely words about d work of all of Us (sic)." Replying to the tweet, Allu Arjun said, “Thank you for watching #Pushpa @ikamalhaasan garu. Humbled (sic)."

Pushpa: The Rise emerged as one of the biggest Chartbusters of 2021. Not only was the original Telugu version of the film an enormous success, but the Hindi dubbed version of the film also was declared a tremendous hit. Until January 11, the Hindi version of Pushpa had already collected Rs 81.58 crore. Both lead actors Allu Arjun and Rashmika Mandana are roped in for the sequel of Pushpa 2 whose shooting is yet to start.