Yes you heard it right! All those who want the Salman Khan and Katrina Kaif to come together, here’s an interesting confession that was made by the superstar himself. During the song launch of the track ‘Zinda’ from Bharat, Salman was referred to as Bhaijaan when questioning Katrina about the film, that’s when pat came the reply from the actor himself who said, ‘Bhai inke liye nahi hoon!’ [I am not a brother for her]. 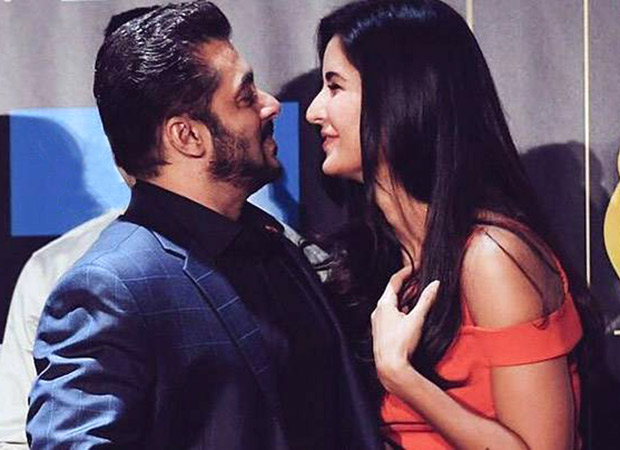 It seems that Salman Khan was quite in a jokey mood when he attended the song launch of ‘Zinda’ from Bharat. It seems that when the reporter referred to Salman Khan as Bhai when he was speaking to Katrina, the actor immediately jumped into it clarifying that he is not her brother. But, he further went on to add, ‘Kya bharosa bula bhi sakti hai’ [you never know, she may even call me that [brother].”

As the conversation went on, Salman Khan was once again questioned that if not Bhaijaan what would he like Katrina Kaif to call him. To the same, the actor replied that he wouldn’t mind if she calls him ‘Meri Jaan’. Aww! We are sure Katrina and Salman fans just got weak in their knees after listening to this comment!

Speaking on the film, Katrina Kaif and Salman Khan who have done quite a bit of films together will be seen in the role of husband and wife in Bharat. The film, which is a remake of the Korean drama Ode To My Father, will be spanning generations and will see the actors growing old together which is something their fans are highly anticipating! Directed by Ali Abbas Zafar and produced by Atul Agnihotri and Bhushan Kumar, the film is expected to release on June 5, marking the occasion of Eid this year.