Last Updated 01.12.2022 | 11:23 PM IST
feedback language
follow us on
Bollywood Hungama » News » Bollywood Features News » “Yash Chopra had that extra quality in him to pick new things and yet ground it in tradition,”- A.R. Rahman on working with the legendary filmmaker in Jab Tak Hai Jaan

A.R. Rahman’s mesmerising compositions for Yash Chopra’s timeless romance Jab Tak Hai Jaan touched the hearts of every Indian. The Shah Rukh Khan, Katrina Kaif and Anushka Sharma starrer was Yash Chopra’s last film and a curtain call on an illustrious career that saw him become a legend in the history of Indian cinema. YRF’s Jab Tak Hai Jaan marked the first creative collaboration between the film-maker and the Oscar-winning A.R. Rahman. 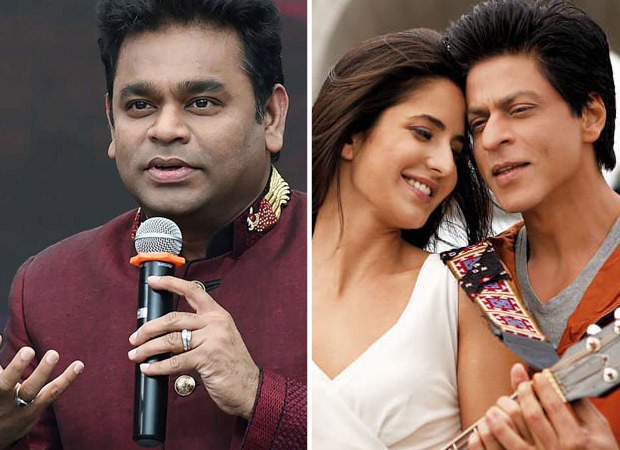 Reminiscing his fond experience of working with the iconic Yash Chopra, Rahman says, “I think it was a great honour working with such a stalwart. He (Yash Chopra) had this child-like enthusiasm about everything which was fascinating. Knowing that he was the visionary brain behind the YRF Studios and movies, it was quite interesting to see how organized they were. It even feels nice. You know, you expect certain things from such an experienced person, but then he always picks the most innovative idea; he had that extra quality in him to pick new things and yet ground it in tradition.”

“Yash Chopra had that extra quality in him to pick new things and yet ground it in tradition,”- A.R. Rahman on working with the legendary filmmaker in Jab Tak Hai Jaan

On the film’s 8th anniversary, Rahman opens up about the creative process that he shared with Yash Chopra. He says, “I think they have a certain following from all his movies — Yash Raj Films — and I just wanted to see what more I can give. I went with the zone and the movie was definitely an interesting one. The subject was one of my favourites and so, I went with the flow.”

Rahman adds, “The process of making music in Mumbai, in my studios and their studios, was… we just kept shuttling. I know that he (Yash Chopra) never went to other studios but he was kind enough to come and hang out with Gulzar saab; [it was] all three of us. The music-making process was very memorable.”

About Gulzar and his vision for Jab Tak Hai Jaan, Rahman says, “Whenever you work with Mr. Gulzar… he works a certain poetry himself, you know? In the way he gestures and the way he talks; his eyes are filled with love and wisdom. So, it was interesting to work with both of them. Sometimes, we would work and break the Ramadan fast together, all three of us. So, it was really cool that way.”

Every song/album that Rahman has ever created holds a special place in his heart. The maestro opens up about his favourite song from Jab Tak Hai Jaan. Rahman says, “I think it’s ‘Heer Heer’. Because that’s one song with which they gave me a lot of freedom. They just gave me the lyrics and said, ‘This is a filler song. We just need 30 seconds of it.’ And once we recorded it, Yash ji asked me, ‘You’re not Punjabi. How come you got all the Punjabi nuances?’ I said, ‘Music doesn’t need… you don’t have to live in Punjab to compose a Punjabi song. Because in India, we’re all interconnected, you know? Our traditions are interconnected and we value each other; we respect each other’s cultures.’ So, that actually turns into an influence too. It has a vibe but it’s still not the typical one.”