Last Updated 04.06.2020 | 8:45 PM IST
feedback language
follow us on
Home » News » Bollywood Features News » Bollywood News Wow! Kangana Ranaut REVEALS that she is NOT single at the success bash of Manikarnika and it has got all of us curious [Details inside]

Kangana Ranaut recently celebrated the success of Manikarnika – The Queen Of Jhansi which made over Rs. 100 crores. The actress not only expressed her happiness over the victory of her film based on Jhansi Ki Rani Laxmibai. While she briefly addressed the media before entering the bash, she spoke about Pulwama attacks. Furthermore, she also took a dig at Karan Johar and Hrithik Roshan. Besides all that, the actress made a surprising revelation which left everyone curious. Kangana stated that she is seeing someone but didn’t further divulge in any details. 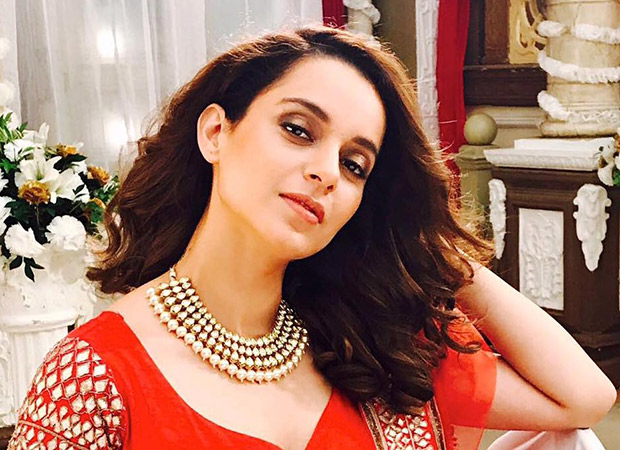 Referring to the comment she made during India Today Conclave 2019 where she first revealed that she was dating, Kangana Ranaut was asked during the success bash of Manikarnika if she was dating someone and if there are any plans of marriage. During the same, the actress replied. “In fact, I was asked if I am dating and I had said I am not dating. But as a young woman, if you ask if I have somebody in my life. Then yes, definitely! But having somebody and dating and marriage – they are degrees of progress. So let’s see.”

Coming back to what she spoke during India Today Conclave 2019, Kangana Ranaut said that she isn’t really dating. She elaborated saying, “For me, where I am right now in life is at a place where I don’t feel the need of regular dating. I am at an age where I want to have companionship and have something which can inspire me in life.”Further speaking on marriage and marriage season she added, “That is not the reason for someone to get married. But I can say that of course, I will get married and would love to have a family even though the population explosion is worrying me. But I would love to be married someday.”