Last Updated 06.12.2022 | 10:31 PM IST
feedback language
follow us on
Bollywood Hungama » News » Bollywood Features News » “For me winning or losing is not important; recognition is”, says Nawazuddin Siddiqui on why the Emmy nomination feels right

Congratulations, Nawaz you do us proud as always?
Thank you, Sir. I still remember how much you encouraged and supported when I was a struggler. 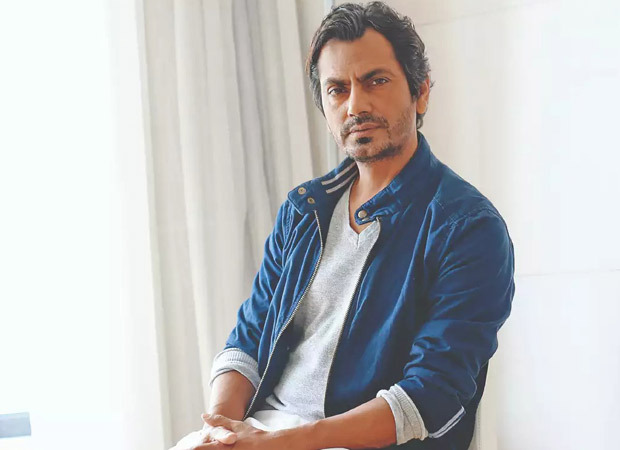 “For me winning or losing is not important; recognition is”, says Nawazuddin Siddiqui on why the Emmy nomination feels right

I first noticed you in a cameo in Kabir Khan’s New York. You were so convincing in your monologue as a suspected terrorist that I thought it was live footage?
I remember that vividly. Woh ek sunehra pal ttha (that was a golden moment). A lot has changed since that cameo. Now I am in a position to pick and choose. For the first ten years of my career I took anything that came my way. Just being in front of the camera was enough for me.

Did you go through a lot of humiliating rejections and snubs?
Sir, dhakke toh sab outsiders ko khane padte hai (every outsider gets pushed around in the beginning). If you are from the film industry you don’t only get your first chance on a platter you also get chances over and over again until you succeed.

But those who don’t deserve success don’t get it no matter how many chances they get. Which is why you are here, Armaan Kohli is not?
Baat toh sahi hai. Given a second chance, I’d still go through the same struggle. It made me a better actor, if not a better human being.

And now look where you are today, on the threshold of an Emmy?
Sir I am proud to be nominated alongside such fantastic actors as David Tennant and Christian Tapian. Itna hi kafi hai ke main yahan tak pahuch gaya hoon (it’s enough for me that I’ve reached this far).

Wouldn’t you like to win the Emmy?
It would be nice to win. But I am not holding my breath for it. For me winning or losing is not important. Recognition of any kind is important for me. Recently I won the Filmfare Middle East award in Dubai. It meant a lot for me.

But an Emmy is an Emmy?
Bilkul, Sir. If I win it, nothing like it. But I’d like to point out that I am no stranger to international recognition. I was in Cannes with Geetu Mohandas’ Liar’s Dice, Anurag Kashyap’s Raman Raghav and Nandita Das’ Manto. Manto was the 9th film of mine that I was in Cannes with.