Actor Aamir Khan made a little fan’s day as he posed for photographs with him. Aamir was spotted on Wednesday outside his daughter Ira Khan’s office in Mumbai, when the child’s mother asked if the actor would be willing to pose for photos with him. 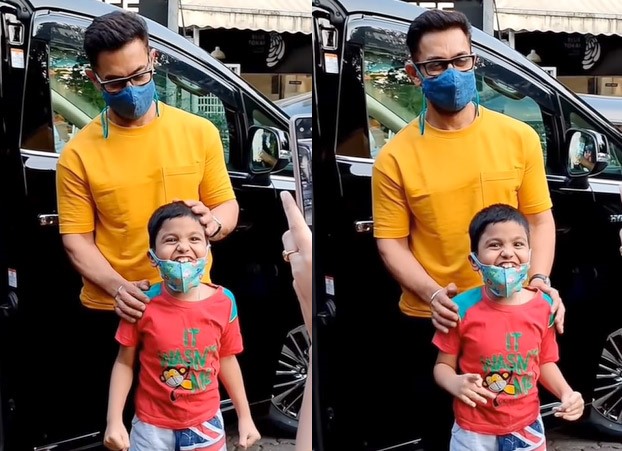 Aamir immediately agreed, much to the happiness of the young fan, who couldn’t help but giggle with pure joy. The child kept laughing, almost in disbelief, even as Aamir hopped into his car. The actor was wearing a yellow T-shirt, and made sure to mask up. Fans loved this gesture of the actor.

Meanwhile, on the work front, Aamir was last seen in Thugs of Hindostan, which also featured Amitabh Bachchan and Fatima Sana Shaikh in supporting roles. The film was a critical and commercial disaster, with Aamir publicly apologizing to his fans for how poorly it turned out.

He will next be seen in Laal Singh Chaddha which is the official remake of the Hollywood hit Forrest Gump. Directed by Advait Chandan, the film has hit several roadblocks on its way to the big screen. First, Aamir’s co-star Kareena Kapoor Khan announced her second pregnancy, leading to the hasty rescheduling of her scenes. But then, due to the second wave of the pandemic, the entire production was put on hold. The delay was long enough for Kareena to give birth and return to the sets for additional filming.

During that time, Aamir also announced his separation from wife Kiran Rao. But the former couple continued to work together on Laal Singh Chaddha, and stressed in a video message to fans that they are still friends and remain dedicated to co-parenting their son, Azad Rao Khan.