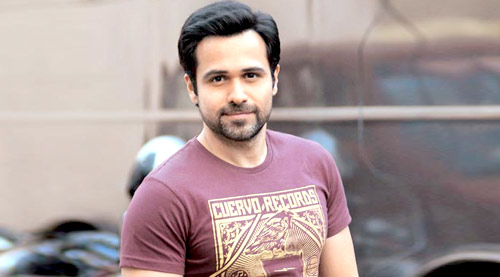 Arrey yaar, 'kiss' musibat mein phans gaya? Is it time for the serial kisser to kiss his career goodbye? Emraan Hashmi's Mr. X shocked the audiences and box-office pundits alike with its abysmally low-quality and collections to match.


While the critics panned the film in one voice, the audiences also served up one of the lowest openings for a Hashmi-Bhatt starrer in recent times. Not only did Sunny Leone's Ek Paheli Leela get a better opening than Emraan Hashmi's latest 'blocked' buster, Hashmi's Invisible Man act has been greeted by howls of disbelief by critics.


Mr. X is poised to become Emraan's sixth flop a row. In 2012, he had the long-delayed Rush (whose director Shamin Desai passed away leaving the film incomplete) which promptly bombed. In 2013, the trade was shocked when Ek Thi Daayan, the collaborative effort of two of Bollywood's most formidable producers Vishal Bhardwaj and Ekta Kapoor, sank without a trace. This was followed by another box office failure Ghanchakkar, where Hashmi was paired opposite his hit Dirty Picture heroine Vidya Balan. 2014 saw Hashmi deliver two back-to-back duds in Raja Natwarlal and Ungli.


Much hope was pinned on Mr. X as Emraan Hashmi's first film for kids. With Mr. X proving a disaster, Emraan needs some serious career rethink.


Says trade pundit Taran Adarsh, "Fortunes in filmdom fluctuate from Friday to Friday. A star is as strong or weak as his last release. In Emraan's case, the last few films have fared poorly at the box office. Much was expected from Mr. X but the dull start for the film this Friday is not a favourable sign. All eyes are now glued on Emraan's next film Hamari Adhuri Kahani which is directed by Mohit Suri, whose films are known to do well."


Says trade analyst Atul Mohan, "Yes, it's time to ring the alarm bells. Emraan Hashmi has had back-to-back debacles with each new release of his opening to a poorer response than previous one. He has a staunch fan base that he cannot disappoint all the time. Not long ago he was a dependable star with a huge following in the single theatres. He was also considered the saviour of the small-time producers."


But Atul feels there is still hope for Emraan Hashmi. "It may look like troubled times for him. But the game is far from over. Emraan is a talented actor. He is bound to bounce back. He just needs to take his new few steps cautiously."


Hopefully, in his Mohammed Azharuddin, biopic Emraan will be kissing the bat rather than his heroines and win back his stardom.