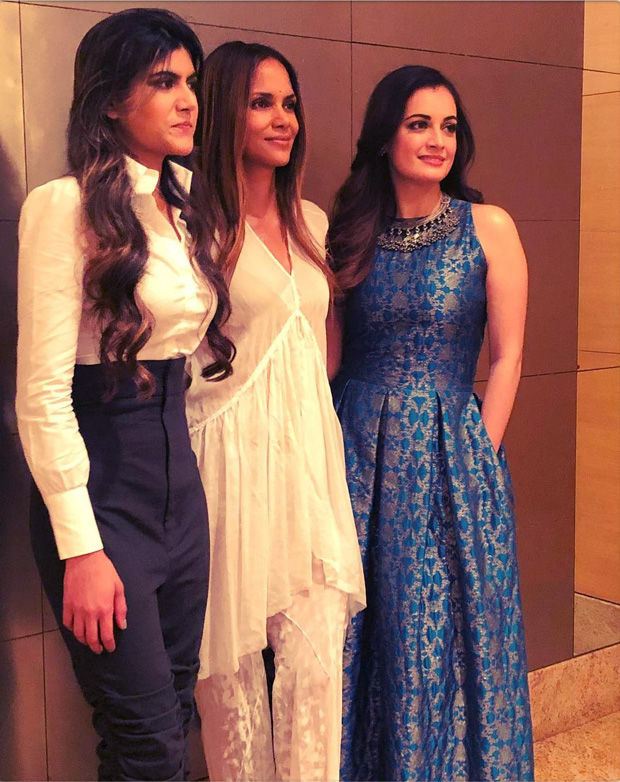 There have been times when Hollywood stars have made surprise visits to India. Another Hollywood starlet has made her way to Mumbai and it's none other than Bond girl Halle Berry.

On Thursday, Halle Berry revealed through her Instagram account that she is in India and shared a picture of Mumbai skyline. She wrote, "Caught a sunrise in Mumbai today.” Making the most of her trip to India, she was seen strolling on streets of Mumbai. She captioned the photo, "Take time to get lost today.”

It seems like Halle Berry is in India for some important event. Dia Mirza and Ananya Birla got a chance to meet the Hollywood star and have a conversation. Sharing a picture, Dia wrote, “The world is getting smaller and girls are owning their place. @ananya_birla and I with the most amazing @halleberry today! What a warm, intelligent, gracious woman ❤ India loves you Halle! Can’t wait to have you back. It was such a joy speaking with you!” 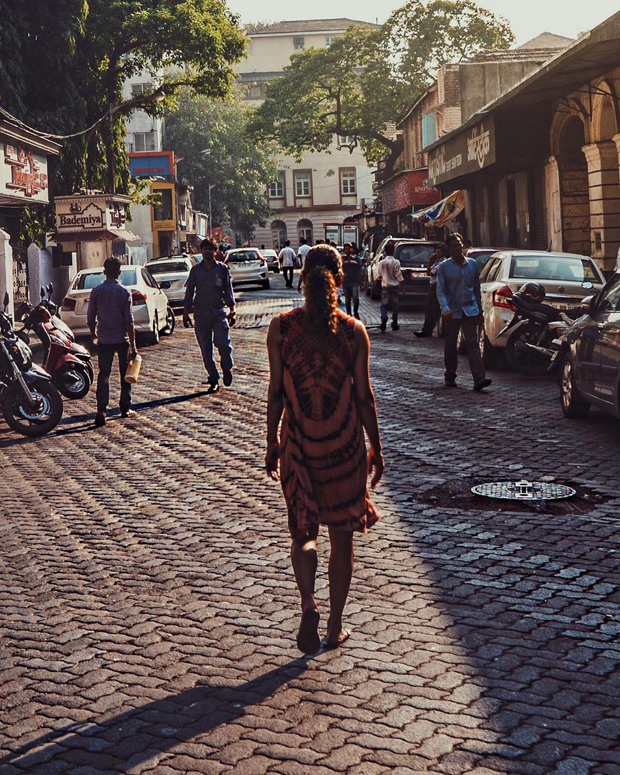 Dia Mirza, who is a big fan of Halle Berry and her work, said that the idea was to bring two women from different parts of the world to discuss common experiences between them.

While watching Halle Berry’s famous Monster Ball, Dia Mirza never imagined that she would be sharing a platform with the actress. "She won a beauty pageant, found her way into films and subsequently started producing them. Ditto, so there was this bond of common choices between us, as also a shared love for the environment and nature which was a main topic of discussion. Halle was effusive, warm and wonderfully responsive to the interaction," Dia Mirza stated.

Dia added, "That's why I pointed out that the world is becoming smaller and women are making their own place here."

Dia also revealed that Halle is a fan of Indian cinema and even talked about a few Hindi films that she has watched. The two women also discussed the issue of pay parity and gender inequality in both their worlds.

Dia Mirza further went on to say, "The conversation turned to movies when we were talking about pay parity and gender inequality. With Hollywood actresses bringing up the issue of pay parity, she wanted to know how our film industry functions and what role women play in changing things here. I told her that like women there, we too are learning to say 'no' because we know we deserve better. We are also pushing the envelope and going beyond acting to writing, directing and producing."

Giving us a glimpse of their conversation about stereotypes, Dia added, "In the early part of my career, I had to work really hard to get people to accept that there was more to me than the way I look. Halle admitted that's exactly how it had been with her too. While it's a blessing to look good, it's also easy for someone to put you in a box."

"Halle has fallen in love with India and I am pretty sure she will come back," Dia Mirza concluded saying Halle should be back soon.

On the work front, Halle Berry was recently seen in Kingsman: The Golden Circle alongside Colin Firth, Channing Tatum.