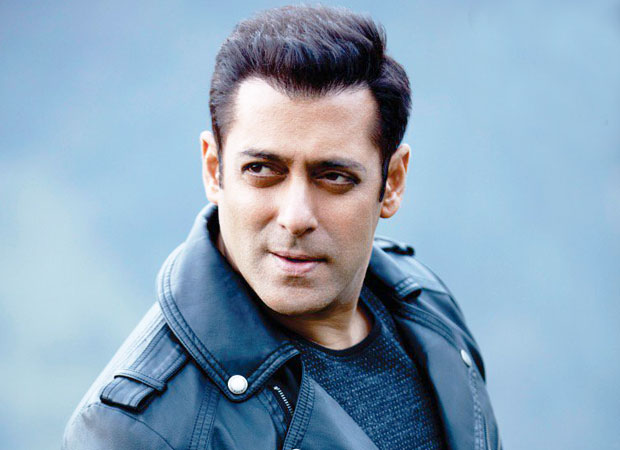 Salman Khan has tons of films in the pipeline; one of which is Ramesh Taurani's production, Race 3. The buzz around Race 3 is just increasing day by day as the film is touted to be made on a big scale and will be a multi-starrer. With many stars on board, the third installment of the action-adventure franchise has finally gone on floors.

On Thursday, Ramesh Taurani's daughter Raveena Taurani announced that the film has gone on floors with a photograph of the clapboard. She captioned it, "Absolutely cannot wait for this! Good luck @rameshtaurani and @remodsouza The starting line is just the beginning of a whole new “Race”. Sending lots of love, blessings and positive energy to the entire cast and crew. Let’s do this #Race3 #TipsIndustries #PickUpThePace #Eid2018." 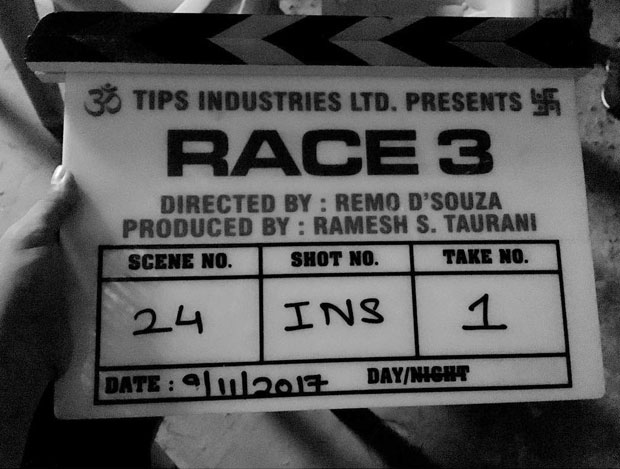 According to some reports, Salman Khan will be shooting an action sequence on the first day of the shoot. It will be a chase sequence and a huge tunnel has been built for the same. All the actors have been called for the shoot although the two actresses Jacqueline Fernandez and Daisy Shah are not required for the action sequence. The actresses, apparently, will be shooting a dance sequence at another set which is built in the adjacent studio.

Meanwhile, Salman Khan is currently looking forward to the release of Tiger Zinda Hai with Katrina Kaif. Directed by Ali Abbas Zafar, the film is scheduled to release on December 22, 2017.