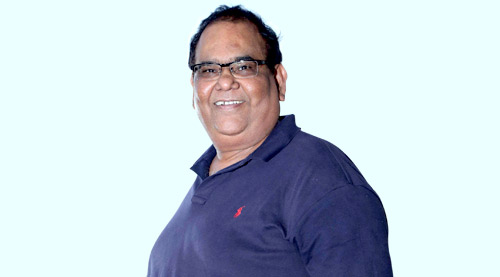 Actor-filmmaker Satish Kaushik who headed the jury for the 63rd National awards says this was one of the best years in the life of Indian cinema so far. "There were so many outstanding films from all across the country in different languages. In Marathi for example we had a tough time choosing the one best film. We finally chose Makarand Mane's Ringan."

But it was Bollywood that dominated this year's National awards.

"And why not? The jury is being questioned for giving so much prominence to Hindi cinema this time. But the National awards are supposed to honour excellence, not regionalism. We felt this time Hindi films were truly at the peak of creativity. This has been one of the best years for Hindi cinema."

Satish admits it was tough deciding the Best Director between Sanjay Leela Bhansali and S.S Rajamouli. "It was a tough call. Bahubali and Bajirao Mastani were neck to neck. But we felt Bhansali had an edge. His end-product was superior to Rajamouli's film. Bahubali is no doubt an epic achievement. It is the first Indian film to put our cinema on a par with Hollywood. But we felt in terms of detailing, drawing out etched performances from each actor and the sheer breadth of the images and emotions Bajirao Mastani had an edge."

Apparently there were rumblings of discontent about honouring Amitabh Bachchan yet again with the National award for Best Actor.

But Satish Kaushik and the majority of the jury members held their ground. "Bhai, yeh kya baat hui? Just because he has received awards for 40 years there is no reason to honour him? One can't put a full stop on excellence. The National award jury felt that Mr Bachchan's portrayal in Piku of the irritable Bengali gentleman was unique and exceptional. We had to honour him and him only."

As for Kangna Ranaut's National award for Best Actress, Satish says, "Her portrayal of the Haryanvi hockey player Datto in Tanu Weds Manu Returns has become an inspiration for thousands of Indian girls from small towns who are not sophisticated and savvy. But have a dream. Her performance epitomizes that dream."

Adds Satish, "We have also honoured Kalki in Margarita With A Straw for the same reason. Her performance is inspiring. As for those who are saying Ramesh Sippy and I have favoured Bollywood I've one thing to say. We've favoured excellence. Not geography."