Post the super success of Baaghi 2, Tiger Shroff has been quite busy with the shooting of his next film, Student Of The Year 2. While the actor is absolutely leaving no stone unturned during the shooting, he often takes some time out to spend time in dance sessions. It is known that Tiger Shroff packs a punch on screen with his action sequences but is also an incredible dancer. He is undeniably one of the finest dancers in the industry and he often likes to bust out a move or a two. Tiger Shroff has once again flaunted his dance moves and this time on a Salman Khan song. 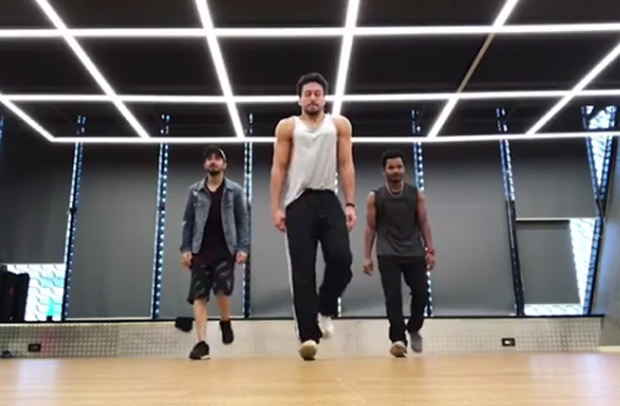 Now, Tiger Shroff flaunted his smooth moves on a hit track 'Aksa Beach' from Salman Khan's film God Tussi Great Ho. With a little backing from his choreographers, the actor showcased a new dance version of the song. He captioned the video, "Love jamming with this champion, trying one of his choreographies #workinprogress # @swainvikram @piyush_bhagat."

On the work front, Student Of The Year 2 is helmed by Karan Johar’s protégé, Punit Malhotra. The film marks the debut of Ananya Panday and Tara Sutaria. It is slated to release on November 23, 2018. Post that, he will begin work on YRF's next film with Hrithik Roshan and Vaani Kapoor. He will also be seen in the Hindi remake of Rambo.

Love jamming with this champion, trying one of his choreographies #⚡⚡⚡ #workinprogress #???? @swainvikram @piyush_bhagat

Also Read: Student Of The Year 2: Tiger Shroff, Ananya Panday and Tara Sutaria return to the sets of the film

“With Farah Khan around to direct it is…

10 Years of Singham: The then Reliance CEO…