This year, Kangana Ranaut made her way to the coveted Cannes Film Festival 2018 to represent Grey Goose brand and attend film screenings. Last week, the actress made two stunning appearances at the red carpet and several outfit changes during her stay at the French Rivera. But, it was her after-party shenanigans that went viral on social media.

The videos and photos of Kangana Ranaut from the Grey Goose party went viral where she was seen going wild on the music. She literally let her hair down and was banging her head to the beats of the music. For the party, she wore a sequinned blue and black mini dress from Halpern with a pair of Christian Louboutin pumps. She was also seen hanging out with Jim Sarbh the next day at the French Rivera. 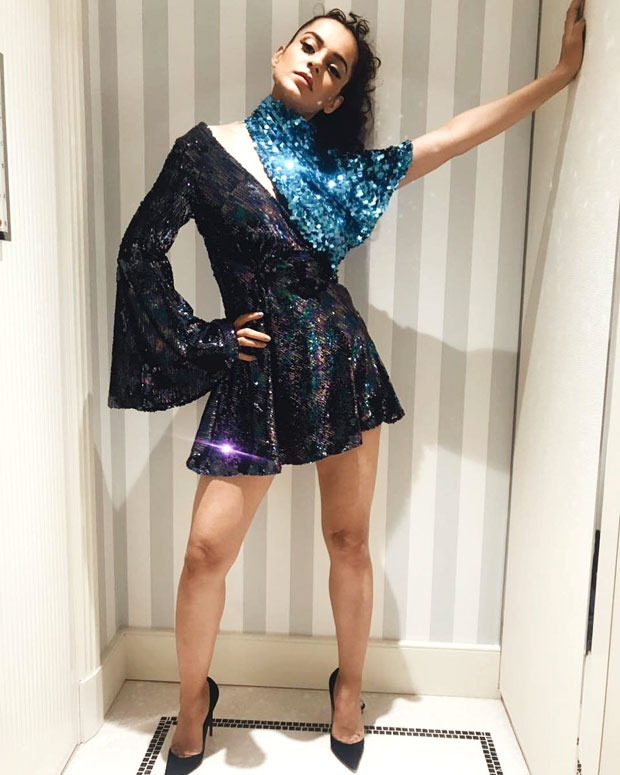 Besides Kangana, Deepika Padukone, Huma Qureshi, Mallika Sherawat and Aishwarya Rai Bachchan have already made their red carpet appearances at Cannes 2018, respectively. The only actress left is Sonam Kapoor who will be heading to the coveted carpet tonight and tomorrow.

On the work front, Kangana Ranaut will be seen in Krish’s directorial Manikarnika– The Queen of Jhansi. The film is slated to release later this year. She will soon begin shooting for Mental Hai Kya opposite Rajkummar Rao.

Also Read : CANNES 2018: This is how Kangana Ranaut has been enjoying her first time at French Rivera