Several Bollywood actresses graced the red carpet at the ongoing Cannes Film Festival. The annual international festival, whose 71st edition began on May 8, was attended by L'Oreal brand's ambassador Deepika Padukone who made heads turn with her stunning looks. Not only did she walk the red carpet twice, her other outfit choices for events and appearances were absolutely beautiful. 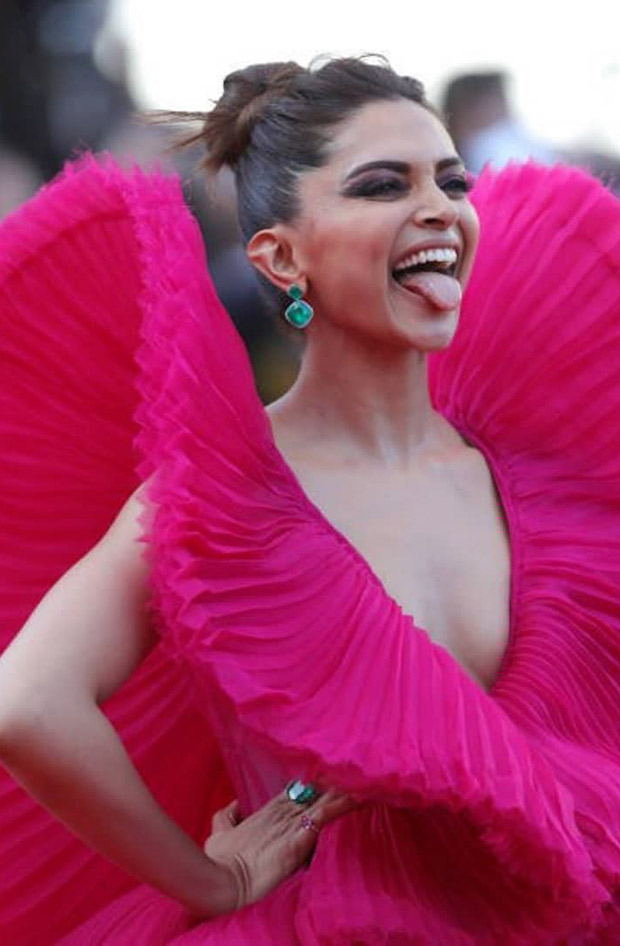 Deepika Padukone stepped out on her second day in the most stunning pink ruffled outfit from Ashi Studio. The actress grabbed eyeballs as she walked down the red carpet in the stunning dramatic look. She was in full fun mood as she made goofy faces in her boomerang videos and at the paparazzi. She not only impressed her rumored longtime boyfriend Ranveer Singh but her contemporary actress Anushka Sharma.

Unless one is living under a rock, Deepika's rumoured boyfriend Ranveer Singh made his debut opposite Anushka Sharma in Band Baja Baaraat. They were even rumoured to be a couple at the time. Obviously, both of them have moved on but it was often speculated that Anushka and Deepika were not on best terms. Even Karan Johar had hinted on his Koffee with Karan show that Deepika lives in a bubble if she considered Anushka as her friend.

But, rubbishing all those talks, Anushka complimented Deepika's Cannes look and left a sweet comment on her boomerang video. Anushka commented on it saying, “Deepika you looked absolutely stunning on the carpet.” Deepika responded, “Thank you so much Anushka!! Lots of love.” 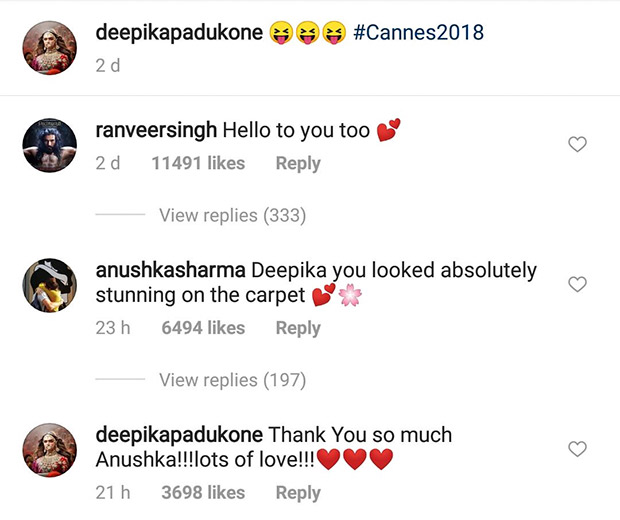 Well, it is sweet to see Anushka Sharma and Deepika Padukone are bonding.