Every year, many Bollywood actresses make their way to the coveted Cannes Film Festival to represent their brands and attend film screenings. This year, Bollywood diva Kangana Ranaut made her red carpet debut at the Cannes Film Festival 2018 late Thursday night. The actress is attending the prestigious ceremony and it definitely enjoying every minute of it. 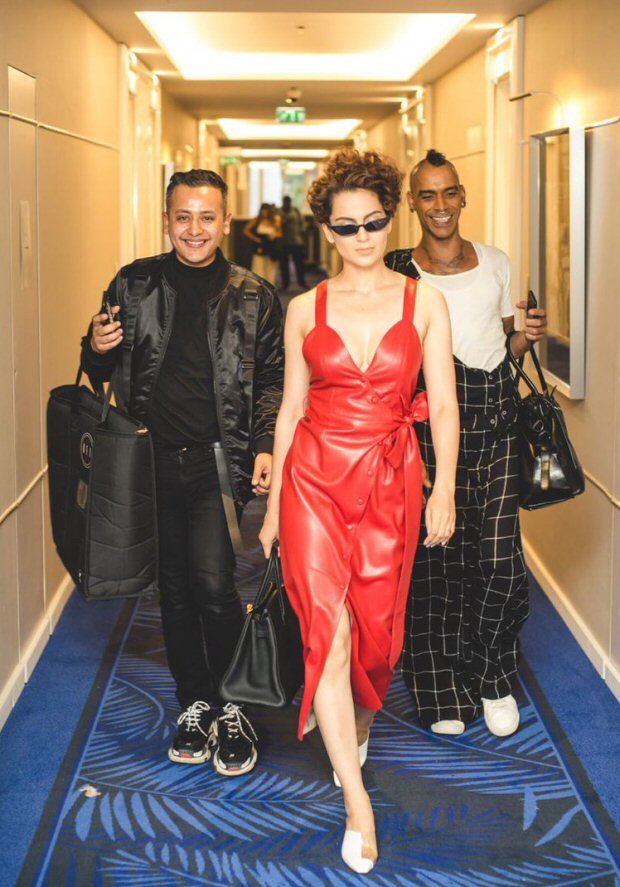 On Thursday, Kangana Ranaut made her red carpet debut at Cannes 2018 for the screening of Christophe Honore’s French drama, Plaire, aimer et courir vite. She dressed up in backless Zuhair Murad couture and lived up to everyone's expectations. Post her debut, she has been completely enjoying her time at the French Rivera.

In one of the videos, Kangana can be seen at a local pub dancing to the music in a red hot dress. In another, she asks her fans to watch out for her Cannes red appearance. The actress even recreated the 'Okurrr' sound which is popularly used by rap artist, Cardi B. Before her red carpet appearance, on her first day at Cannes, Kangana joined CBFC Chairman Prasoon Joshi at a panel discussion at the Indian Pavillion at Cannes.

Besides Kangana Ranaut, Deepika Padukone has already made her appearance this year at Cannes on Thursday. Huma Qureshi too made her debut yesterday along with Mallika Sherawat. Now, the actresses Aishwarya Rai Bachchan, Sonam Kapoor and Pakistani actor Mahira Khan are set to make their appearances, respectively.

On the work front, Kangana Ranaut will be seen in Krish's directorial Manikarnika- The Queen of Jhansi. The film is slated to release later this year. She will soon begin shooting for Mental Hai Kya opposite Rajkummar Rao.

Also Read: Cannes 2018: A debut well done! Kangana Ranaut shimmes and oomphs it up on the red carpet!