Alia Bhatt is keeping busy with her work schedule. The actress is currently promoting her film Raazi which adapted from a book, ‘Calling Sehmat'. From events to TV shows to reality shows, Alia Bhatt is promoting her film in full swing. The actress reached the sets of the journalist Rajat Sharma’s show Aap Ki Adalat where she made interesting revelations about viral jokes cracked on her, her dream debut and an alleged relationship with Ranbir Kapoor. 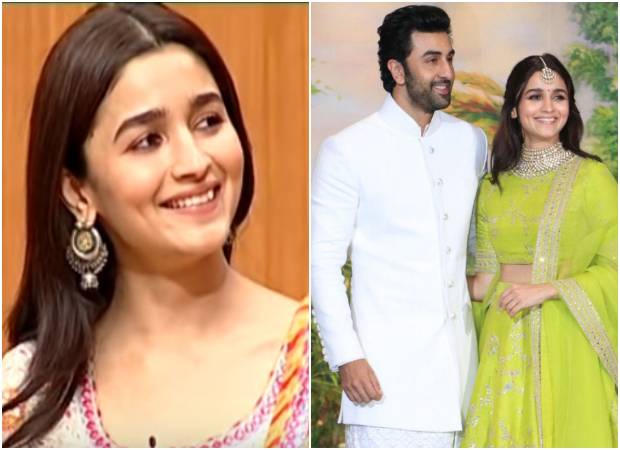 Ever since Ranbir Kapoor and Alia Bhatt began work on Ayan Mukerji’s Brahmastra, the rumours about their alleged relationship has been the talk of the town. Adding more fuel to the rumours, the duo arrived together at the grand wedding reception of Sonam Kapoor and Anand Ahuja earlier this week. She even went onto upload with a picture with which has left the fans of both actors very curious about their alleged relationship.

When asked about her link-ups with actors including Student of the Year co-star Sidharth Malhotra on Aap Ki Adalat, Alia Bhatt she simply responded, "If there’s something, then I won’t say anything because I don’t want to accept these rumours.”

On being asked dating rumours with Ranbir Kapoor, Alia starts blushing and tries to her face with her hands. She dodged the question, “My face has gone red and I am trying to control it.”

Alia Bhatt even admitted that she used to bunk classes to watch Shah Rukh Khan and Govinda’s films. She dreamt to make her debut in a film like Kuch Kuch Hota Hai. But, she revealed that she has no regrets as her debut film Student Of The Year was also directed by Karan Johar. Alia further revealed that she still feels nervous before a shoot but admits that the nervousness makes you feel better.

Alia Bhatt further talks about memes and jokes that went viral after her appearance on Karan Johar’s show, Koffee with Karan. “I talked like a duffer there and people thought that I don’t know anything. I don’t feel bad about not knowing anything, so I talk about it before others. That way they don’t drag it,” said Alia.

On the work front, Alia Bhatt has an array of projects in the pipeline. The actress will be seen Meghna Gulzar’s Raazi. The film is releasing on May 11, 2018. Alia is currently filming Abhishek Varman’s Kalank which is a multistarrer starring Varun Dhawan, Madhuri Dixit, Sanjay Dutt, Sonakshi Sinha and Aditya Roy Kapur.