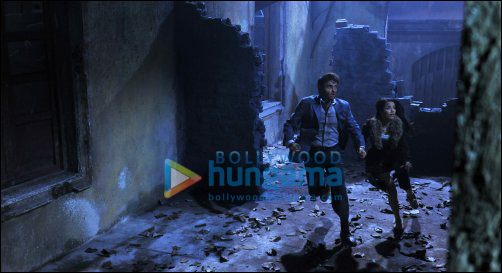 After making spooky flicks such as Raaz, 1920 and Shaapit, director Vikram Bhatt is back with his latest venture Haunted. The USP of the film is that it is India's first stereoscopic 3D Horror film. Haunted stars Mahakshay Chakraborty (earlier known as Mimoh) and newcomer Tia Bajpai in lead roles.


The story has been penned by Vikram Bhatt himself, and revolves around certain happenings in a house with a secret past and a haunted present. The ace director has roped in Hollywood's leading 3D technicians and support staff from Canada who has earlier worked in the 3D genre. Bhatt claims that the film is his 'most expensive and ambitious project till date'. Haunted is in its post production stage and will hit the screen early next year.

EXCLUSIVE: "I did realise that both my…