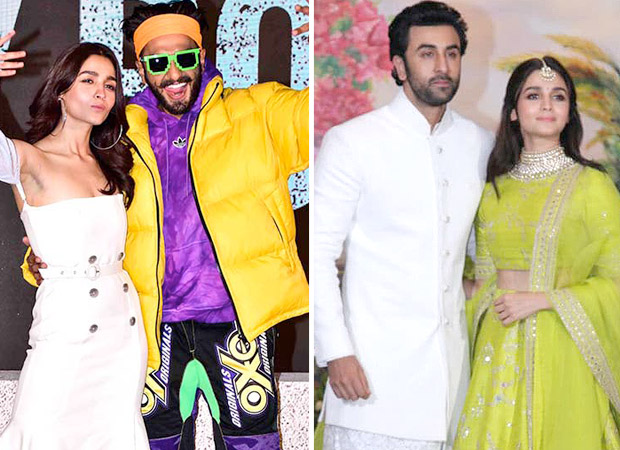 Together, they have shared screen-space in some delightful ads. Now, Ranveer Singh and Alia Bhatt would be seen together for the first time in a feature film, Gully Boy. It isn't a conventional love story though, as the film is mainly about a gully rapper, played by Ranveer Singh. Still, youth is sure to be enticed into watching the two of them together onscreen.

As a pair, they have screamed 'Poster Lagwa Do' loud and clear. They are looking good together in Luka Chuppi which is set to be a delightful fun tale of a live-in couple finding itself surrounded by a huge family. Producer Dinesh Vijan is bringing in yet another new 'jodi' on screen after Rajkummar Rao and Shraddha Kapoor in Stree.

With the kind of volume of films that Akshay Kumar churns out, it is imperative that he works with a number of new leading ladies. In his first release of 2019, Kesari, he has Parineeti Chopra opposite him. One waits to see though the kind of screen time that they have together in this film which is mainly about a battle of 21 Sikhs against 10,000 Afghan soldiers.

This is going to be a unique pairing for sure, what with Dulquer Salmaan returning after Karwaan and finding Sonam Kapoor opposite him in The Zoya Factor. The film is about an Indian cricket team which has a young woman Zoya (played by Sonam Kapoor) as their lucky mascot that results in a series of wins for them.

Dilji Dosanjh has been making his presence felt in Bollywood and in Rohit Jugraj directed Arjun Patiala he has Kriti Sanon as his leading lady. Apparently, the film is about a man who finds his lady love to be much taller than him. If this is indeed the film's subject then producer Dinesh Vijan has truly played a masterstroke by bringing Kriti on board.

In the industry for over a decade and a half now, Shahid Kapoor has worked with number of leading ladies. Now add one more to the list, what with Kiara Advani giving him company. Kabir Singh is a high intensity dramatic love story and it would be interesting to see how Shahid and Kiara pair up for this remake of Telugu hit Arjun Reddy. 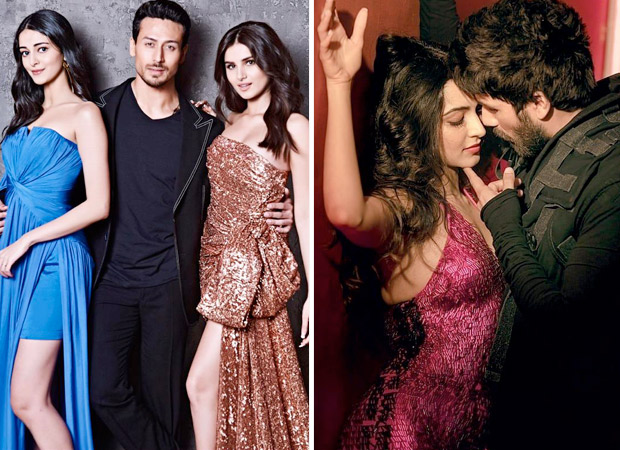 Though this one is not a quintessential romantic film per se, one waits to see how Mrunal Thakur gives company to Hrithik Roshan in Super 30. The film deals with academics and tells the story of a real life genius mathematician played by Hrithik Roshan. A love story in the midst of it all can be expected to be peripheral at best.

From college goers to middle aged individuals, Sushant Singh Rajput and Shraddha Kapoor would be traversing generations in this Nitish Tiwari directed film. The film is currently in the making and producer Sajid Nadiadwala has repeated his Baaghi heroine Shraddha opposite Sushant in this family entertainer.

Mouni Roy made her Bollywood debut with Gold last year, though she had a miniscule part to play against Akshay Kumar in the sports drama. Now one waits to see how she gives company to Rajkummar Roy in Made In China about which not much has been revealed so far. The film is produced by Dinesh Vijan and directed by debutant Mikhil Musale.

Ayushmann Khurranna was the star of 2018 with two back to back successes [Andhadhun, Badhaai Ho]. On the other hand Nushrat Bharucha too delivered a Blockbuster with Sonu Ke Titu Ki Sweety. Now the duo would be seen in Dream Girl which boasts of a very interesting and different subject. Contrary to expectations, it is Ayushmann (and not Nushrat) in the title role.

Aditya Chopra is giving his find Vaani Kapoor yet another opportunity to excel with his yet untitled film that is being directed by Sidharth Anand. Though her Befikre didn't do well, Vaani would indeed be expecting that she strikes big with this action thriller that has Hrithik Roshan and Tiger Shroff been pitted opposite each other.

It would be the case of many firsts in Sajid Nadiadwala's fourth installment of Housefull series, Housefull 4. As many as three new jodis would be seen in this reincarnation comedy, what with Akshay Kumar & Kriti Sanon, Riteish Deshmukh & Kriti Kharbanda and Bobby Deol & Pooja Hegde as the new pairings. Expect a lot of fun, masti and naach-gaana with them around.

John Abraham worked with Anees Bazmee in Welcome Back and the filmmaker roped in leading lady Ileana D'Cruz for his Mubarakan. Now the first time 'jodi' of John Abraham and Ileana D'Cruz would be seen in Pagalpanti which, as the title suggests, is set to be a mad-mad comedy. One waits to see how does this new pairing enthrall audiences on the big screen.

Alia Bhatt is starting the year with her first time pairing with Ranveer Singh [Gully Boy] and she would end the year too with a new leading man in the form of Ranbir Kapoor [Brahmastra]. The two had signed the film when they were not in a relationship and now that they are together, it would only accentuate the overall appeal of this Karan Johar - Ayan Mukherjee film.