Vicky Kaushal started 2019 with a bang. His last film Uri: The Surgical Strike created wonders at the box office. The actor is now all set to play freedom fighter Sardar Udham Singh in Shoojit Sircar's next. The actor has already finished the first schedule and is set to the second one. 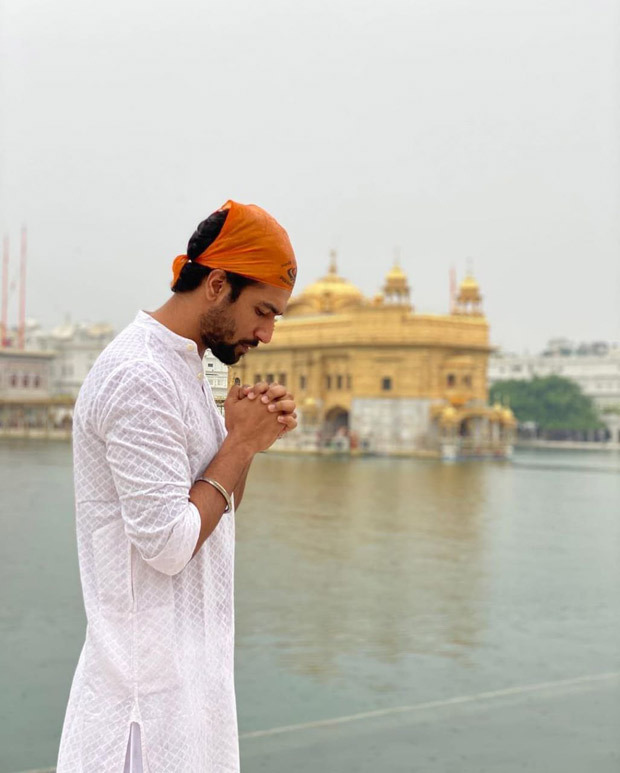 Vicky Kaushal, on Friday, visited the beautiful and serene Golden Temple before commencing the second schedule of the most anticipated film in Amritsar. For the shooting of younger portions of Singh, Vicky has lost about 13kgs in just three months. It will be a 25-day schedule in Amritsar, Punjab.

Vicky earlier said, "It's a surreal feeling because it's like a dream come true as I am finally getting to work with him. I have always been a big admirer of how Shoojit sir looks at his stories. The way he is looking at the character (Udham Singh) and the world is extraordinary as well as beautiful. Plus, it's also a big honour for me that finally, I am going to be directed by him. Honestly, that's something that will take time to sink in"

Sardar Udham Singh is a biopic of the revolutionary Udham Singh, who assassinated Michael O’Dwyer, the former Lieutenant Governor of Punjab in British India in 1940, to avenge the 1919 massacre.