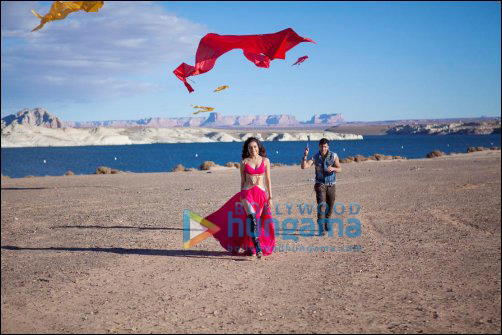 After the success of ABCD: Any Body Can Dance, all the eyes got automatically glued on to its director Remo D'Souza, ever since the film's sequel was announced.

As a part of the shooting schedule, the film's cast and crew had gone to Vegas, wherein they had to shoot a dream sequence using kites. Speaking about the same, Remo D'Souza said, "Kite flying is one of my favourite festivals and since I am from Jamnagar in Gujarat where it is celebrated extensively with family and friends. It really inspired me when we were shooting a song for ABCD 2. During our Vegas shoot, we shot a dream sequence using kites and it has turned out beautifully. In fact, post the shoot the cast and crew engaged in a game of kite flying as well which was great fun...took me back to my Jamnagar days!"