Writer and columnist Twinkle Khanna is swooning over her actor-husband, Akshay Kumar. She put up with Instagram stories on Thursday to share a picture of Akshay from one of their latest beach vacations. 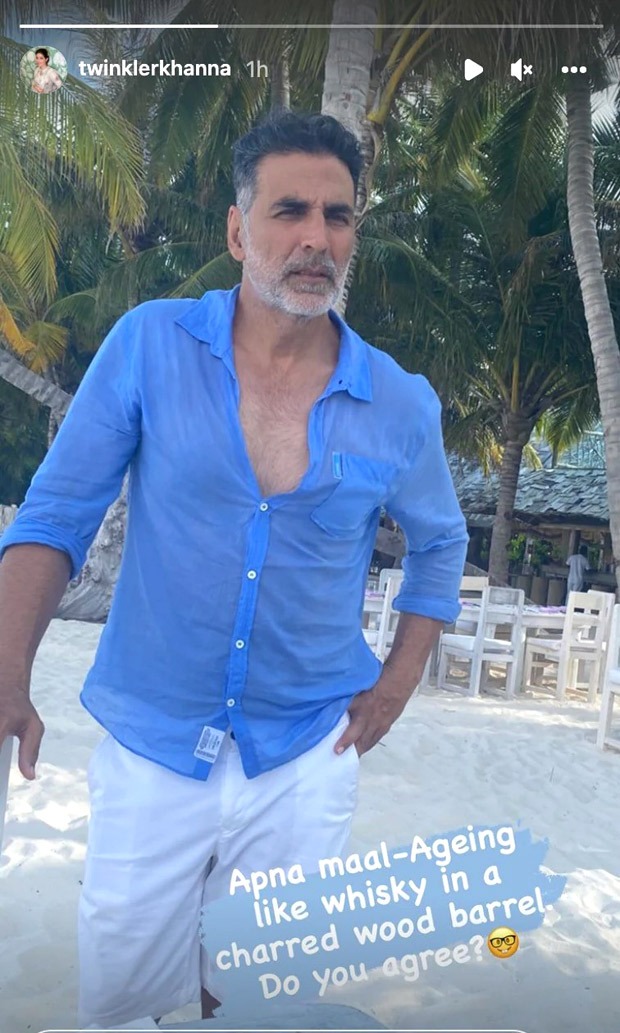 Recently on their wedding anniversary, Twinkle shared a photo from their date together and wrote, “On our 21st anniversary, we had a chat. Me: You know, we are so different that if we met at a party today, I don’t know if I would even talk to you. Him: I would definitely talk to you. Me: Why am I not surprised. So like what? You would ask me out? Him: No, I would say, ‘Bhabhi ji, how is Bhai Sahab, kids fine? Ok Namaste.’ #21yearsoflaughter."

Akshay also shared a mushy post, writing, “Twenty one years since we’ve been married and yet it feels like I’m just getting to know her. Thank you for making each day feel like the first. Happy Anniversary Tina #21YearsOfAdventure."

The couple commemorated their wedding anniversary with their daughter Nitara in Ranthambore National Park. They even watched a few tigers on their safari. “Absolutely fascinated to see this majestic beauty today. Mission Ranthambore accomplished. Copy that,” Akshay wrote, sharing a video of the tiger.

Akshay Kumar and Twinkle Khanna got married in 2001. The couple is often seen joking around with each other not only on social media but also on chat shows.

Meanwhile on the work front, Akshay Kumar was last seen in Rohit Shetty’s Sooryavanshi and Aanand L Rai’s Atrangi Re. Twinkle Khanna is popularly known for her books Mrs Funny bones and Pyjamas are Forgiving.

Also Read: “Thank you for making each day feel like the first” – says Akshay Kumar to Twinkle Khanna on their 21st wedding anniversary