It marks the 21st wedding anniversary of Akshay Kumar and Twinkle Khanna. Akshay took to social media to wish his lady love with a nice post on this important day in Monday. 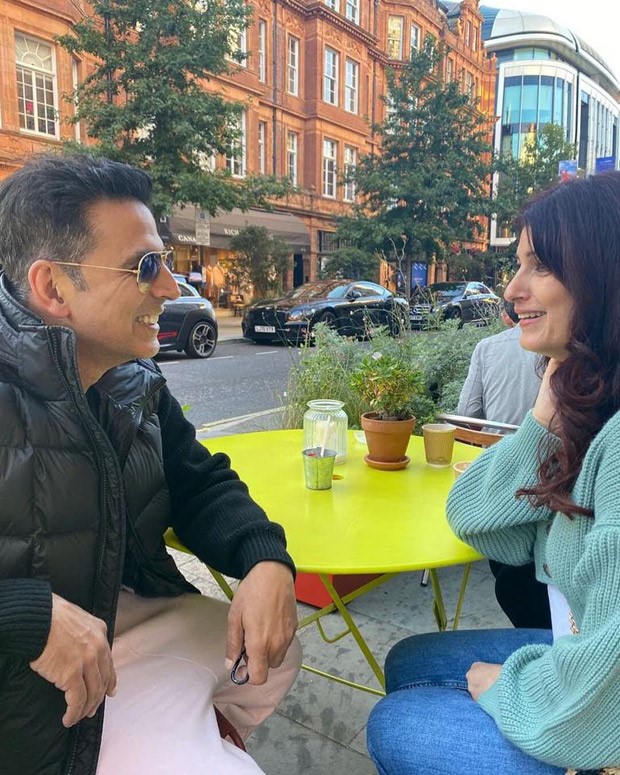 Twinkle also posted a candid photo with Akshay on her Instagram account, as well as a clip of their amusing conversation. She penned, "On our 21st anniversary, we have a chat. Me: You know, we are so different that if we met at a party today, I don’t know if I would even talk to you. Him: I would definitely talk to you. Me: Why am I not surprised. So like what? You would ask me out? Him: No, I would say, ‘Bhabhi ji, how is Bhai Sahab, kids fine? Ok Namaste.’ #21yearsoflaughter."

Meanwhile, on the work front, Akshay recently appeared in the film Atrangi Re, alongside Sara Ali Khan and Dhanush. Bachchan Pandey, Prithviraj, Ram Setu, Raksha Bandhan, Selfie, and Cinderella are among his upcoming films. He'll be making his OTT debut soon as well.

Also Read: Twinkle Khanna and Akshay Kumar reimagine how they would have spoken if they met today; latter has a hilarious response