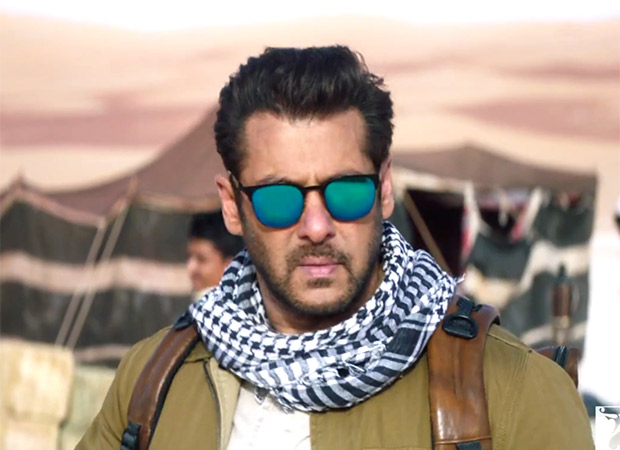 A wave of cheer and smiles was unleashed in the weekend gone by after the big Christmas 2017 release Tiger Zinda Hai entered the coveted and elite Rs. 300 crore club. Starring Salman Khan and Katrina Kaif, this Ali Abbas Zafar directed film looked like a winner all along. Yet, the fact that the film sustained well in the weekdays after the Christmas and New Year holidays were over shows that the audience has whole-heartedly embraced this film. It has surpassed the lifetime business of Sultan [Rs. 300.45 crore] and is now eyeing the lifetime business of Bajrangi Bhaijaan [Rs. 320.34 crore]. This fifth highest grosser of Hindi cinema is now the second highest grosser of 2017, after Baahubali 2 – The Conclusion. It also establishes Ali Abbas Zafar in the top league as he’s the only director to have two films in the Rs. 300 crore club, both starring Salman and both produced by Yash Raj Films – Sultan and Tiger Zinda Hai. For Salman Khan, it was a huge victory as his previous film Tubelight had bombed badly. Yash Raj Films too had a shaky 2017 as Meri Pyaari Bindu and Bank Chor had tanked. In fact, Tiger Zinda Hai was the third film of Salman Khan and the Yash Raj Films banner. And all three of them have been historic hits. So are Salman Khan and Yash Raj Films lucky mascots of each other?

We asked this to the people in trade circles and they all agreed on this aspect. Leading distributor Rajesh Thadani says, “Of course, they have been lucky for each other and also, the content of these films have worked big time. So content, the reputation of the Yash Raj Films banner and the ideal timing of the release – all have come together very well and worked in their favour.” Trade analyst Taran Adarsh also feels the same, “It’s a hattrick for both the parties. If you take the top 5 grossers of Yash Raj Films, then it clearly indicates that Salman Khan starrers occupy the number 1 [Tiger Zinda Hai], number 2 [Sultan] and number 4 slot [Ek Tha Tiger] slots.” Talking about the four-day weekend enjoyed by Tiger Zinda Hai he opines, “Release date is secondary. Tubelight released during Eid which was a bright period for a Salman Khan film. But it bombed. So release is an important factor no doubt but it’s the content also that does the talking. And it’s only then that the holidays, long weekends etc fall into place.”

Trade analyst Amod Mehra makes some valid, headline-worthy comments, “Both complement each other very well. The charisma and star power of Salman Khan matches with the intelligence of Aditya Chopra. So this combination is lethal. He knows how to present Salman Khan in the best way possible. This combination is on the lines of Amitabh Bachchan-Manmohan Desai or Amitabh Bachchan-Prakash Mehra pairings.” Girish Johar, film trade and business analyst meanwhile states, “Yeah, they are lucky for each other. Yash Raj Films is the biggest production house of the country and very well established. They have been making films since decades now, since 70s under Mr Yash Chopra and now under his son Aditya Chopra. Salman Khan meanwhile is the biggest star we have at the moment. Whenever they come together, it’s fireworks at the box office as audiences get to see their money’s worth. So yes, it’s a deadly combination for sure!” Harveen Singh, distributor from Rajasthan, emphasizes, “They have indeed been lucky for each other till now. They have delivered three big money spinners. But it all depends on the project. If the film is as good, then Salman Khan will make the same money with any other producer. And if it’s not good, then it can tank, as it happened with his home production Tubelight.”

Tiger Zinda Hai in 21 days has crossed Rs. 318.86 crore at the box office and is sure to cross the lifetime earnings of Salman’s highest grosser Bajrangi Bhaijaan. The next target for the film is to cross the earnings of Aamir Khan’s 2014 Christmas release PK which has lifetime collections amounting to Rs. 340.80 crore. So will it be possible for Tiger Zinda Hai to do so?

This is where trade experts differed. Rajesh Thadani says, “There’s every possibility of Tiger Zinda Hai crossing PK’s collections. After all, there’s no competition as such till January 26.” The others are not quite confident. Taran Adarsh reasons, “The third Sunday has been better than the third Saturday which in turn has been better than the third Friday. So there is an upward trend. It has the possibility of crossing Bajrangi Bhaijaan’s lifetime collections. When it comes to PK, it is going to be a touch and go. Let’s see. In the forthcoming days, till Thursday, it will be clear what the trends are. The coming Friday however has multiple releases – 1921, Kaalakaandi, Mukkabaaz etc. There are not big releases but they’ll take away the screens and shows. So from Week 4, the revenue of Tiger Zinda Hai won’t be a lot.”

Girish Johar also feels the same, “Touch and go hi rahega. The releases for the next two weeks aren’t significant but would take away the screens. If these films are not upto the expectations of the audiences, then they’ll again go back to watching Tiger Zinda Hai. But then, most of the audiences have already seen it and that coupled with multiple film releases adds more speed breakers to the lifetime run of the film. We all hope it crosses PK though.” He adds, “Anyways, Salman Khan has already got 3 Rs. 300 crore films and that’s a huge feat. So I guess the makers are cherishing that rather than thinking about breaking the record of PK. Before the release of Tiger Zinda Hai, some were saying that it might not even cross Rs. 250 crore. Hence, to cross Rs. 300 crore mark in itself is something that’s hugely gratifying.” Harveen Singh opines, “It can definitely reach closer to PK’s lifetime and might even cross its collections. The next two weeks don’t have any major releases. So it has time till January 25 after which Pad Man and possibly even Padmavat will take away almost all the screens.” Amod Mehra has a negative view, “I don’t think it can cross PK’s earnings. The film is now on its last legs. But let’s see; one can never say.”

Throwback to when Varun Dhawan joked about…