Last Updated 19.05.2022 | 2:18 PM IST
feedback language
follow us on
Bollywood Hungama » News » Bollywood Features News » Tom Holland recalls his first Spider-Man: No Way Home rehearsal with Tobey Maguire and Andrew Garfield – “It was a roller coaster that I didn’t want to get off of”

Spider-Man: No Way Home star Tom Holland recalled how anxious he was about meeting the former Spider-Man actors Tobey Maguire and Andrew Garfield and how he asked his co-stars Jacob Batalon and Zendaya to be there as “support system” when the trio rehearsed their first scenes together. 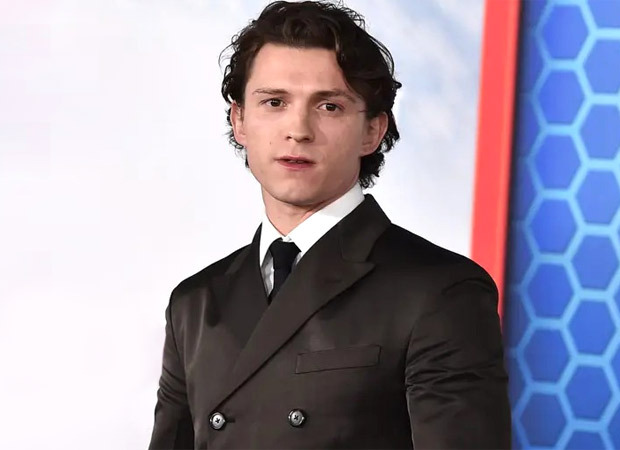 Tom Holland recalls his first Spider-Man: No Way Home rehearsal with Tobey Maguire and Andrew Garfield – “It was a roller coaster that I didn’t want to get off of”

Speaking to Deadline in his first joint interview with Tobey Maguire and Andrew Garfield, Tom Holland revealed how nervous and anxious it was for him to face his predecessors at the time of their first Spider-Man rehearsals, describing it as a “daunting” moment for him. “It was very daunting, because we were a long way into shooting before you guys [Garfield and Maguire] showed up, you know we were maybe three months into principal photography, and the date of the other Spider-Mans are coming was etched on my calendar,” Tom Holland shared.

“At our first rehearsal, I had asked Jacob and Zendaya to come with me to just be there as like my support system.” the actor added. “Like, I’m gonna go meet these guys I’m really nervous about it, because we have to read the scene and I don’t know how this is gonna go because we’re all playing the same character and we all have to bring our own kind of heart and soul into this.”

Recalled the meet-up itself, where all three Peter Parkers got dressed up in their respective suits, Tom Holland called it as one of the most “bizarre,” and “amazing” experiences of his life. “It was really strange and almost a little unfair how they had us put the suits on and then just jump around in front of a camera together like that was one of the most bizarre experiences of my life,” the actor said. “Again, Jacob and Zendaya were there for that to support me, but it was an amazing experience and from day one it was a roller coaster that I didn’t want to get off of.”

When Tom was asked about the future of Spider-Man after Spider-Man: No Way Home, he admitted that he honestly doesn't know the answer to that question. “The truthful answer — and I’ve done a whole press tour where all I do is lie — the truth is, and you’re not going to like the truth, I don’t know the answer to that question,” he said. “This film for me was as special as an experience could ever be. Sharing the screen with these guys.”

The actor further added, “Playing Spider-Man could be quite an alienating experience because, you know, we’re the only three blokes who have done it. So to share that with you two, it’s been such a wonderful experience, of which I have such amazing memories. I don’t know. I know I love this character, and I know that I am not ready to say goodbye,” Tom Holland said.

“But if it’s time for me to say goodbye, then I will do so proudly, knowing that I’ve achieved everything I wanted to with this character, and sharing it with these boys will be forever one of the most special experiences of my career. So, if it’s time, it’s time. If it’s not, it’s not. But at the moment, I don’t know.”

Also Read: Tom Holland starrer Spider-Man: No Way Home to exclusively play in cinemas for at least the next two months