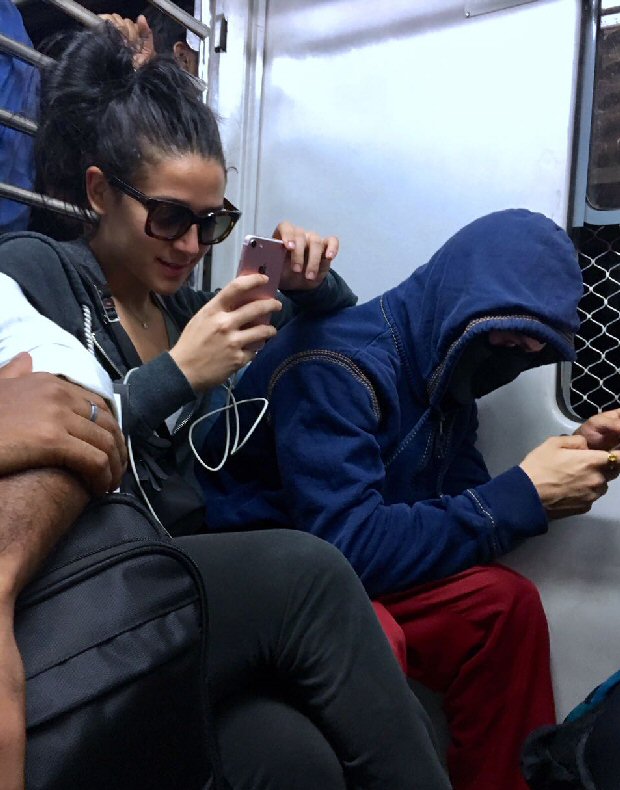 Recently Tiger Shroff travelled on a local train in Mumbai to beat the rush hour to get home after shooting. He now intends to take the train as frequently as possible. In different disguises. Says Tiger, “It was liberating, although I was covered up to avoid recognition. We saved so much time. And the co-passengers were very co-operative. Yes, we all should take the train more often.”

There was the risk of being recognized that Tiger is ready to take again. "I saved a good 3 and a half hours by travelling on train. So I am doing it again. This time a different disguise and with a new body language."

Tiger’s sister Krishna who accompanied him on the train ride is filled with joy at the time saved by the un-starry mode of transportation. “It saved us so much time. I definitely recommend it after a long and exhausting day of shoot. It was actually a lot easier than I thought it would be.”

The tricky part of the journey was to avoid Jackie from recognition. Says Krishna, “We did a pretty good job of disguising him, but some people nearby did start to notice that it was him. Thank God they were nice enough to not say anything... It could have gotten super-tricky.”