After scoring a blockbuster hit with Sajid Nadiadwala’s Baaghi 2, Tiger Shroff dived into his next project immediately. Tiger is currently busy shooting for Student of the Year 2. The film is a sequel to Karan Johar’s 2012 film, Student of the Year. The film gave a platform to Alia Bhatt, Sidharth Malhotra and Varun Dhawan. With SOTY 2, the film will be introducing two new faces- Disney actress Tara Sutaria and Chunky Panday’s daughter Ananya Panday. 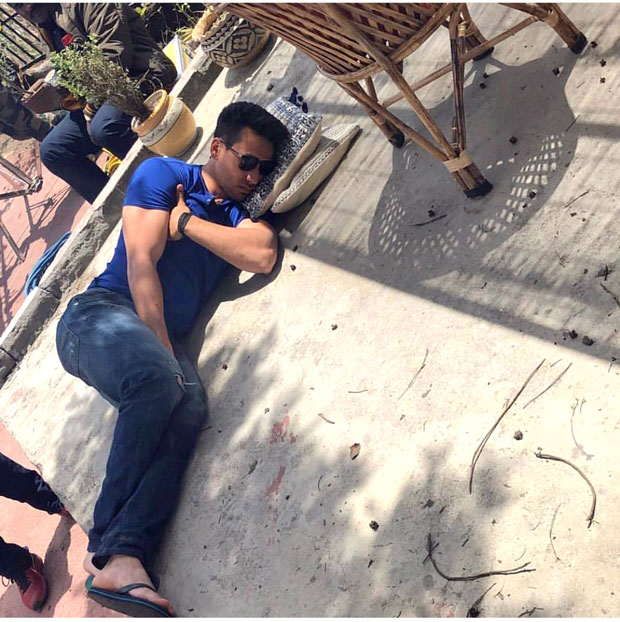 The second schedule of Student of theYear 2 has begun in the cold and beautiful Mussorie. As the makers are making sure to finish the film on time, the long days are just become too hectic for the cast and crew. So what the cast and crew members do when they are not filming? They catch up on their sleep. Tiger Shroff was caught sleeping on the sets of the SOTY 2. As it turned out, the call time was 5 am. So, in between shots, when Tiger was not filming, he decided to take nap by sleeping on the floor. Sharing the image, director Punit Malhotra wrote, "That’s what happens when you have a 5am call time!!! ???? @tigerjackieshroff  #Student2."

Student of the Year 2 is directed by Karan Johar’s protégé Punit Malhotra. The director has earlier helmed Sonam Kapoor– Imran Khan’s I Hate Luv Storys. He is also currently helming many advertisement shoots for Dharma Productions’ sister company, Dharma 2.0. The much-awaited sequel, Student of the Year 2, is set to release on November 23, 2018.

Also Read: Student Of The Year 2: LEAKED! Ananya Panday, Tiger Shroff on the sets in Dehradun