The Ambanis are ready for yet another dreamy and grand wedding of the year in their family. After their daughter, Isha Ambani married Anand Piramal, their eldest son Akash Ambani is all set to tie the knot to Shloka Mehta on March 7. Just a couple of days ago, B-town celebrities were being flown to Switzerland’s Saint Moritz to attend the pre-wedding functions of ‘Aku Stole The Shlo’ wedding. In attendance were Aamir Khan, Shah Rukh Khan, Alia Bhatt, Ranbir Kapoor, Karan Johar among others. 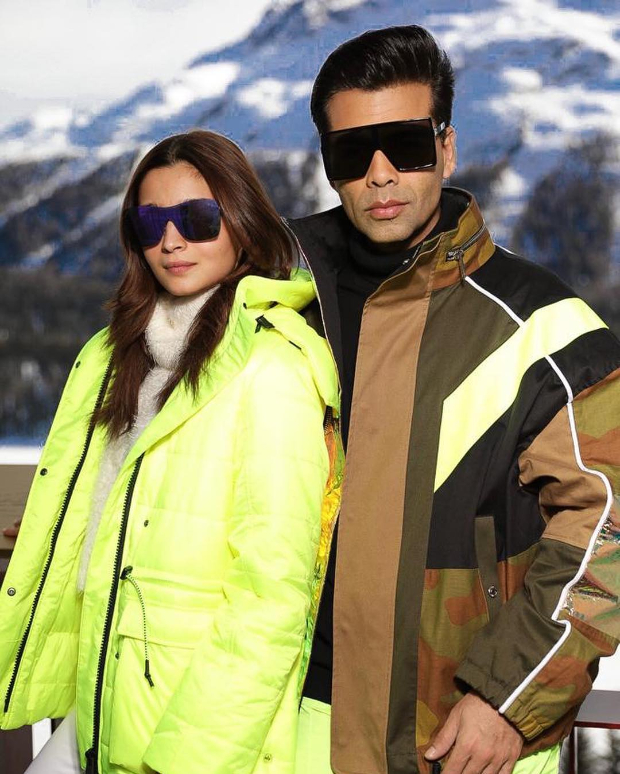 And as the tradition continues, Karan Johar is reliving the winter memories of the Swiss Alps with his mentee Alia Bhatt. The filmmaker shared a couple of pictures of them together from the scenic mountains of Switzerland. Karan Johar simply captioned the throwback pictures as. "Winter diaries!!!! @aliaabhatt."

Meanwhile, Alia Bhatt is starring in many of Karan Johar's productions. Starting with Kalank, followed by Brahmastra, Arunima Sinha biopic and Takht.