Well, the Ranbir Kapoor – Alia Bhatt relationship has got the entire B-Town talking about their love story! Amidst many speculations about their relation, the couple took off to Switzerland to join the celebrations of the much talked about Akash Ambani – Shloka Mehta wedding ceremonies along with the rest of the team of Brahmastra which included producer Karan Johar and filmmaker Ayan Mukerji. During one of their ceremonies, Karan took the audiences by a surprise when he referred to Alia and Ranbir’s relationship and the video of the same is gaining quite some traction on Instagram. 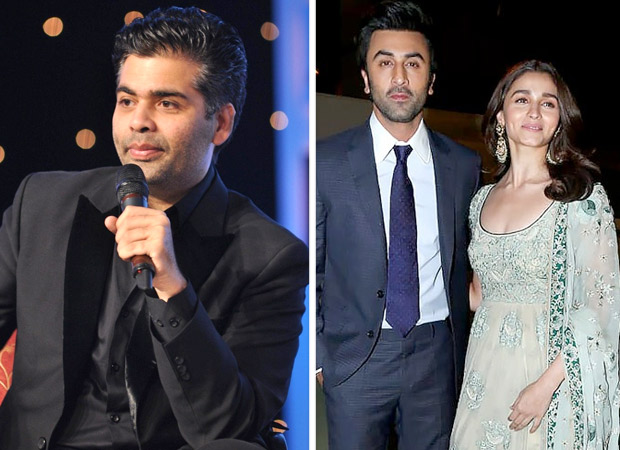 Karan Johar was speaking about the kind of emotion he shares with the soon-to-be married couple Akash Ambani and Shloka Mehta when he suddenly mentioned the name of Ranbir Kapoor and Alia Bhatt. He said, “Rab Ne Bana Di Jodi... I wasn’t talking about Akash and Shloka but about Ranbir and Alia.  Clearly, the wedding season is on and we are just trying to be inspirational. Because you never know Ranbir… woh kabhi bhi haath se jaa sakta hai.”

It seems that Karan Johar was actually handing over the mic to Ranbir Kapoor to speak a few words about his close friend Akash and his beautiful bride Shloka but not before he left the Brahmastra actor embarrassed. It seems that Karan was actually sort of introducing Ranbir to come forward and speak when he decided to choose the topic of marriage. The smile of the two actors indicated that they were quite embarrassed by the whole incident but Ranbir soon recovered and even gave a lovely message to the soon-to-be married couple.

On the other hand, reports have it that Ranbir Kapoor and Alia Bhatt are the next ‘it’ couple from Bollywood who are planning to tie the knot in a year or two. In earlier interviews for Gully Boy, Alia had clarified that she has no plans of marriage currently and is enjoying her happy phase in the relationship.

Also Read: FLASHBACK! Lovebirds Ranbir Kapoor and Alia Bhatt keep it stylish as they strike a pose together in NYC