Sara Ali Khan is known for her wit and sense of humour and her social media posts too reflect that! The actress, who won many hearts with her performance in two films and later even on the show Koffee With Karan 6, shares a great bond with her family. She has time and again expressed her love not only towards her estranged parents Saif Ali Khan and Amrita Singh but the equation she has with everyone including Kareena Kapoor Khan is an example of a modern family. However, her sibling bond with Ibrahim seems to be the cutest and one that everyone can resonate with and the proof is the special birthday post she shared for her little brother. 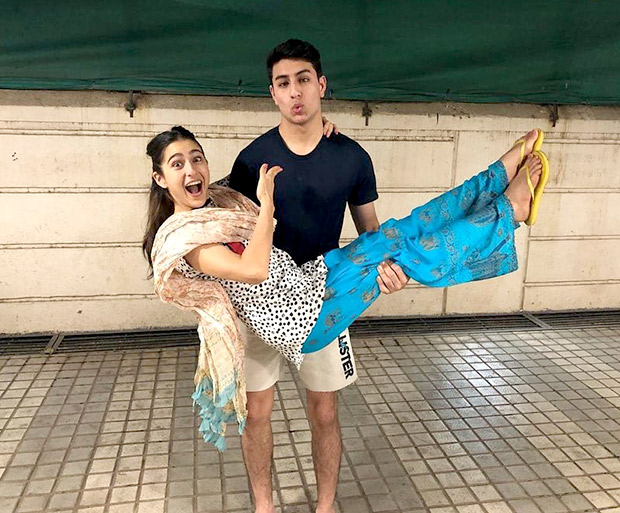 The eldest born of Saif Ali Khan, Sara Ali Khan obviously has all the best wishes for her brother Ibrahim Khan on his birthday. But it is the fact that they can depend on each other and fall back on each other during times of need is what makes their bond special! Sara Ali Khan conveys this sweet message about their brother-sister bond on Instagram saying, “Happiest birthday to the best brother in the world. Thank you for always having my back (literally) and tolerating all my nonsense patiently (mostly).” We must say she also has the perfect set of pictures to go along with the post, what say? Didn’t it just make you go ‘aww’?

On the work front, Sara Ali Khan, who made her Bollywood debut with Kedarnath and then later featured in Simmba, will next be seen in the sequel to her father’s film Love Aaj Kal. While the latter featured Saif Ali Khan with Deepika Padukone, Love Aaj Kal 2 will see Sara paired opposite Kartik Aaryan. The film will be directed by Imtiaz Ali.

Also Read: Sara Ali Khan flaunts handloom saree pants that should be in your wardrobe this season!