Anil Kapoor recently went down the memory lane on his social media and shared some rare photos as blast from the past. One of the photos that caught our attention was this special photo featuring best friends, Neetu Kapoor and Sunita Kapoor along with the former’s mother-in-law and legendary actor Raj Kapoor’s wife Krishna Raj Kapoor. 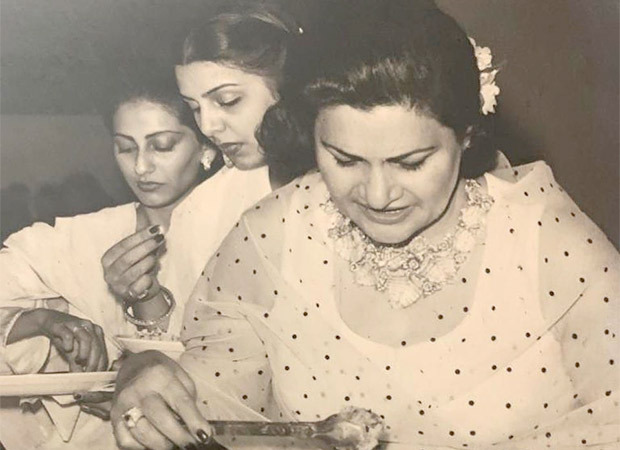 Anil Kapoor shared a black-and-white photo of his wife along with Neetu Kapoor and Krishna Raj Kapoor calling it ‘throwback memories’. Neetu Kapoor, who is currently enjoying her new role as mother-in-law after Ranbir Kapoor and Alia Bhatt got married, also reminisced about this photo and commented , “This is so nostalgic’.

From what we can see, the photo featured the three pretty Kapoor women enjoying a scrumptious meal at a function. The Kapoor daughter and Pataudi Begum, Kareena Kapoor Khan commented on this aspect of the picture saying, “Why are the Kapoors always near the food …then and now. Best.” To which, Anil Kapoor added, “We Kapoors love our food.”

The fun banter continued with, Anil Kapoor and Sunita Kapoor’s second daughter Rhea Kapoor too chiming in saying, “Mom's [Sunita Kapoor] face is just (fire emoji).” But her father’s comment was all love for his wife Sunita as he added, “Always is” with a heart eyed emoji.

On the work front, Anil Kapoor will next be starring with his real life son Harshvardhan Kapoor in the neo-western action thriller film Thar, which also stars Fatima Sana Sheikh. The film will be releasing online on Netflix on May 6, 2022.