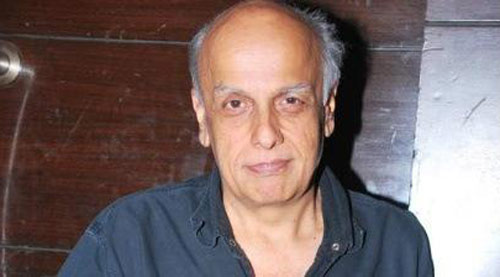 
Mahesh Bhatt is a very troubled man. Half-Muslim (his mother was a Muslim) Bhatt Saab feels what Rabindranath Tagore had once expressed.


Says Bhatt Saab, "Tagore once had a profound conversation with a Bedoin tribesman whom he met in an Iraq desert encampment. The Bedoin told him that the Holy Prophet described a true Muslim as someone whose words and deeds do not harm any person in any way, and here we have brother killing brother! Why is it that only a believer kills and not a non-believer? It's very strange thing."


Mahesh Bhatt is worried about the future of Pakistan. "Pakistan is a crumbling nation. It's a house falling apart, spiritually and emotionally. It's been a long anguished struggle for survival for the nation. If you go to Pakistan you'd hear a wail in the air."


Bhatt Saab feels that the Pakistani working-class has suffered immense losses. "They've paid a price, a very heavy price. Their war against terror has left them stunned and bewildered. The terror attacks that are playing out in Pakistan are unparalleled. I recently went to Pakistan on the occasion of Pakistan Day when a friend was honoured. I saw that most of those being honoured were police men who died while fighting terror. Those receiving the awards were widows and children of these terror martyrs."


Mahesh Bhatt is appalled by the line of thought that suggests that the attack in Peshawar was expected. "That whole narrative of, 'You guys had it coming' is appalling and brutal."


Bhatt Saab compares the terror attack in Peshawar to the brutality of the Nazis. "Children have always been the most vulnerable. Any civilization that cannot take care of its women and children doesn't deserve to be called a civilization. There is no denying that the State Leader in Pakistan is powerless. If you go to Karachi you'll see the man on the street is very confused as to who the enemy is. They've been brought up on the narrative that the man or woman across the border is the real enemy. Now they're no longer sure of who the enemy is. The enemy, they feel, is among us."


Bhatt Saab thinks it's time for Pakistan to wake up to ground reality. "It's time they stopped being in denial. They need to be gently nudged woken up. Militant Islam is never Islam. Look at Punjab where there has been glorious thought that a real Muslim never harms another. Muslims by being what they've become have done more damage to their religion than anyone else."