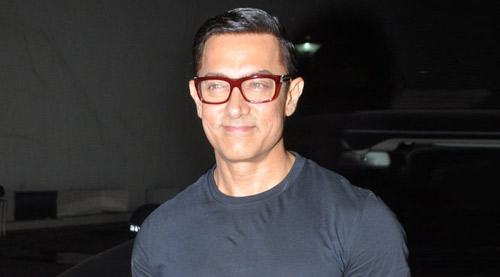 Aamir Khan was recently spotted celebrating the auspicious occasion of Eid and the actor took time out to interact with the media on the special day. While the superstar couldn't stop raving about the fabulous performance of Salman Khan in Sultan, he was later quizzed about his opinion on terrorism.

Considering the way he was trolled for his 'intolerance' remark, Aamir Khan calmly maintained that he doesn't believe that terrorism has any religion. During the press conference, the superstar added, "The ones who spread terrorism and the ones who do this crime, have nothing to do with religion, is what I believe in. People who kill (or rather harm) others cannot be a part of any religion, no matter how much they stress on the fact that they are doing this for religion because if they actually followed a particular religion, they would rather spread love which is what every religion preaches about." Further, the superstar also refrained from commenting on the ban of controversial Islamic preacher Zakir Naik when asked about the same.

With the increase in the number of terrorist attacks in different parts of the world, including the recent one at Dhaka, several celebrities have come out and expressed their concern about the growing menace of terrorism in the world.