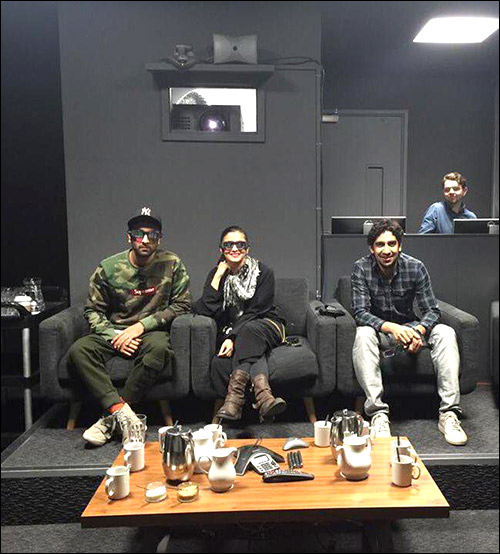 While we wait for the shoot to begin, Ranbir Kapoor and Ayan Mukerji were spotted in London recently. They met with the lead actress of Dragon, Alia Bhatt and had a discussion about the film. The trio posed for a quick photo before moving ahead with the film meeting. Ayan Mukerji's project will be a trilogy and will have some never seen before action packed sequences. Recently, Ranbir Kapoor and Ayan Mukerji met a martial arts instructor who will be training Ranbir for several action sequences.

On the work front, Alia Bhatt will be next seen in Gauri Shinde's Dear Zindagi alongside Shah Rukh Khan and Dharma Productions' Badrinath Ki Dulhania opposite Varun Dhawan. Ranbir Kapoor will be seen in two movies next - Jagga Jasoos and Ae Dil Hai Mushkil.