Tara Sutaria may only be two movies old in the industry but she surely has a good fan following. The actress, who had a career on Disney channel, entered movies with 2019’s Student Of The Year 2. 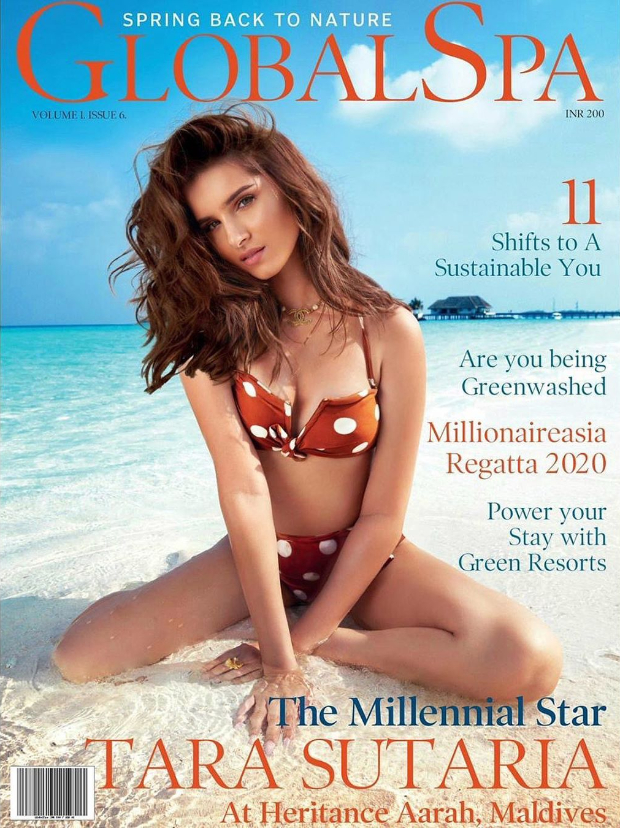 SOTY 2 debutante Tara Sutaria is setting the internet on fire with her latest post. The actress, who filmed for Global Magazine cover last month, shared the April issue on her Instagram on Friday. The actress can be seen in a two-piece polka dot swimsuit. She is grabbing eyeballs in this summery beach vibe mode! The photoshoot took place at Heritance Aarah in the Maldives and has been clicked by Rahul Jhangiani.

On the work front, Tara Sutaria was last seen in Marjaavaan opposite Sidharth Malhotra. She will be next starring in Milan Luthria's romantic action film Tadap opposite Suniel Shetty’s son Ahan Shetty. The film is a remake of 2018 Telugu film RX 100.