Nana Patekar has the reputation of being temperamental. And now when his rather rough attitude has got him into deep trouble, I remember how he had warred with Bollywood’s most halcyon star in our film industry. 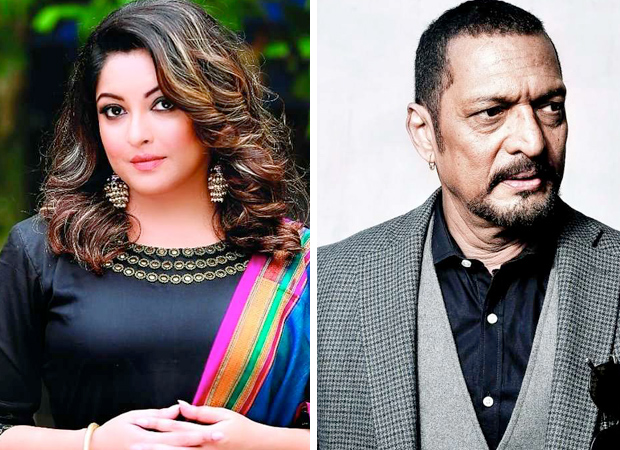 We are talking about none other than Akshay Kumar. Perhaps, the only open fight Akshay ever had was with Nana while shooting for Anees Bazmi’s Welcome. Eyewitnesses say the fracas flew into a furious argument over some dance steps.

Incidentally, after I put Tanushree Dutta’s story out, Nana Patekar stopped talking to me for a decade. Recently, when I rang him up to congratulate him on his performance is Natsamrat, he very clearly told me he would speak to me only if I apologized to him first.

“I know who put you up to this,” he growled.

Sounds familiar? We now have Tanushree Dutta coming forward to narrate her horrific experience with the mercurial Nana over some absurd dance steps for a film suggestively titled Horn Ok Pleassss. Now suddenly, everyone associated within this shelved a never-released film, including the obscure director and the not-so-obscure choreographer and assistant director, has a voice.

Speaking of the podgy choreographer of this hideous non-happening film, he is known to ask chorus dancers to compromise. “Aisa hota hai iss industry mein….Compromise karna padhta hai….Sona padhta hai,” the senior-most choreographer of Bollywood had once shouted into my burning ears. I didn’t have the guts to ask her if she had to do it too.

I suspected, I knew the answer.

A heroine of Nana Patekar’s and a dear friend of mine who did one film with him says, “Nana gets very physical when he is working. It doesn’t matter whether the co-star male or female. He just gets very aggressive. He tried it with me too. I warned  him. He stopped.”

“Of course, Nana doesn’t think it is abusive. It’s all a  part of a day’s work. When you are shooting, it is perfectly normal for him to pull his co-star’s hand, push the co-star, and so on. Until five years ago, this was acceptable behaviour. Today, it is a criminal offence,” says a co-star of Nana who has worked more than once with him.

Actors who protest against such “dedicated” shooting tactics find themselves ostracized. Tanushree Dutta hasn’t been seen much on screen since that chilling encounter with Nana.

And what about poor Sabeeha, daughter of the veteran actress Amita, who just vanished after she protested strongly against the superstar Rajesh Khanna’s behaviour on the sets of a film called Anokha Rishta. When 15-year old Sabeeha wouldn’t “co-operate”, Khanna and the film’s director I V Sasi got together to harass the hell out of the poor girl. Khanna allegedly made unmentionable comments that in today’s volatile atmosphere of gender touchiness would definitely have landed him in jail.

But, big actors in Bollywood and especially in the South Indian film industry were known to openly and proudly heckle/ eve-tease/ proposition their heroines on the sets of their films as the hangers-on cheered them on.

Be careful whom or what you are applauding in public. Yesterday’s prank is today’s prison cell.