This past weekend, Mahendra Singh Dhoni, the Captain Cool of Indian Cricket Team, announced his retirement from international cricket. As netizens began to reminisce about all the legendary moments he has given on and off-field, an old video of Sushant Singh Rajput with his sisters has gone viral. 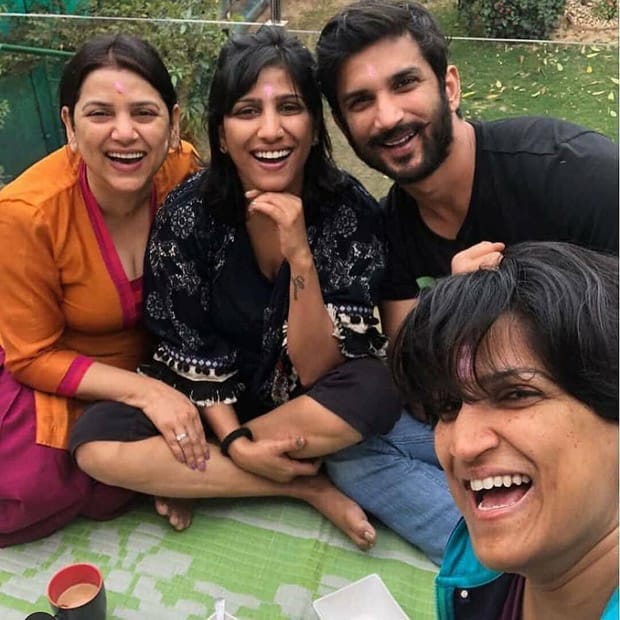 It is known that Sushant starred as MS Dhoni in the latter’s biopic – MS Dhoni: The Untold Story. The film went onto become a blockbuster. In the video which was shared by Shweta Singh Kirti, Sushant was seen having a gala time with all his sisters - Neetu Singh, Meetu Singh, Priyanka Singh and Shweta. The five siblings are seen on their bed as the sisters are heard saying that they are very proud of their brother playing MS Dhoni.

Shweta took to Twitter to share the video and wrote, "We had joy, we had fun! We had seasons in the sun. But the smile and the song. Like the seasons have all gone. How I wish we were all together again... #Youwillstayinourheartsforever #comeback @itsSSR.”

“We had joy, we had fun!
We had seasons in the sun ☀️
But the smile and the song
Like the seasons have all gone”
How I wish we were all together again...❤️ #Youwillstayinourheartsforever #comeback @itsSSR pic.twitter.com/HJNF3fUTg5

Sushant Singh Rajput passed away on June 14. He was found hanging at his Bandra apartment. Currently, CBI is conducting a probe and more than five people have been accused of abetment to suicide. His girlfriend Rhea Chakraborty is currently under investigation.