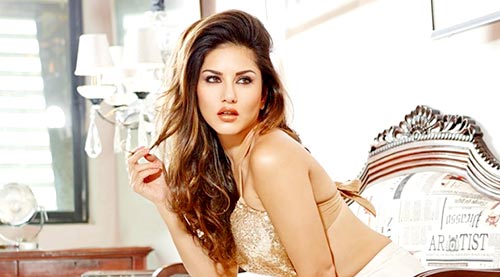 Ek Paheli Leela has released and while Sunny Leone is the lone female protagonist in the film (and a central one at that); she has quite a few men for company all around

Sunny ‘Leela’ Leone talks about her heroes from different eras

her. We get chatting with her about them all.

So, when Bobby Khan actually came to you with the film's script, were you pleasantly surprised that he thought of you for such part?

I was definitely very happy when he told me about the movie first. We had discussed it many times and I loved the way in which he was fleshing out the script. I was more than delighted to become

In the film you have Rajniesh Duggall as your love interest from the era gone by.

When it comes to love, then it doesn't matter which generation or era you are in; it is just the clothes that are different. As for Rajniesh, he is a really nice person. I enjoyed working with him.

He is also married and has a family, so we have a lot of things to talk about. He is very nice and respectful.

On the other hand, in the current time, you have Jay Bhanushali as the male lead. Many expected that it would be a soft and romantic pairing in the making?

(Smiles) Well, as you can see now, we are not a love interest in the movie; it is more of good friendship. His character works very hard to convince Meera, the present character, that she was Leela

in the past. Then he gets into a little bit of trouble. As far as working with him goes, I had a great time for sure. I didn't have many scenes with him in Rajasthan, but we shot many days in

Mumbai. We had a lot of fun together.

Amongst the tough guys, there is Rahul Dev and then Mohit Ahlawat across eras. Did it become a little too overwhelming for you to have so many actors around you?

Rahul was a thorough professional and, again, a really nice person. It was good to work with someone who is so experienced and I was learning a lot from him. As for Mohit, it is a comeback for him;

he was a great co-star.