Abhishek Bachchan recently started shooting for the film Bob Biswas. On Valentine's Day, filmmaker Sujoy Ghosh had a deadly wish as he shared a BTS picture from the sets of the film. 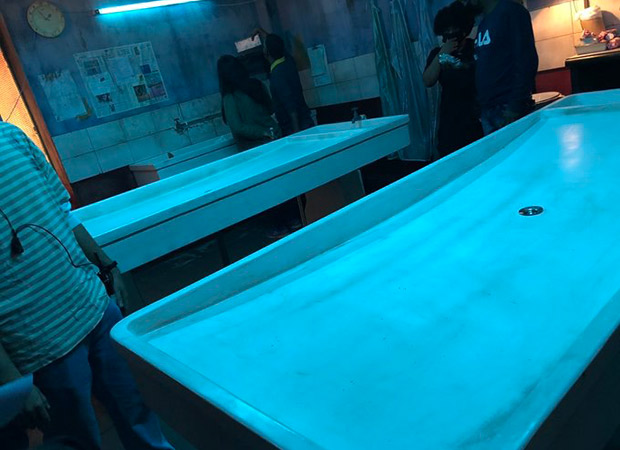 Sharing the picture of an autopsy table with the team prepping up the dimly lit room to shoot the scene, Sujoy wrote, "till death do us part...’ happy valentine’s day.”

‘till death do us part...”
happy valentine’s day ♥️#bobbiswas pic.twitter.com/V3uLd0UL2N

The caption, however, did not seem to have amused the leading man Abhishek Bachchan as he replied to the producer's post with a facepalm emoji.

The movie, based on a fictional character from Kahaani (2012) - ‘Bob Biswas', a poker-faced contract killer who instantly captured the imagination of people and is to date associated with his trademark line "Nomoshkar, ek minute”. Abhishek Bachchan who takes on the mantle of essaying Bob Biswas in this spin-off film will be seen in a never seen before avatar, a role for which he had to undergo an extensive physical transformation.

The film is slated to release later this year and will be produced by Gauri Khan, Sujoy Ghosh and Gaurav Verma, the film is a Bound Script production presented by Red Chillies Entertainment.