Last Updated 27.11.2021 | 10:02 PM IST
feedback language
follow us on
Bollywood Hungama » News » Bollywood Features News » Suhana Khan is a ray of sunshine while striking a pose with a friend

Shah Rukh Khan and Gauri Khan’s daughter Suhana Khan is effortlessly tagged as graceful and a stunner. She is very popular on social media and is a definitely paparazzi favourite. The teenager is currently studying in London. While abroad and away from the limelight, the millennial star has many fans in India who run several fan clubs on social media in her name and often share pictures of her. 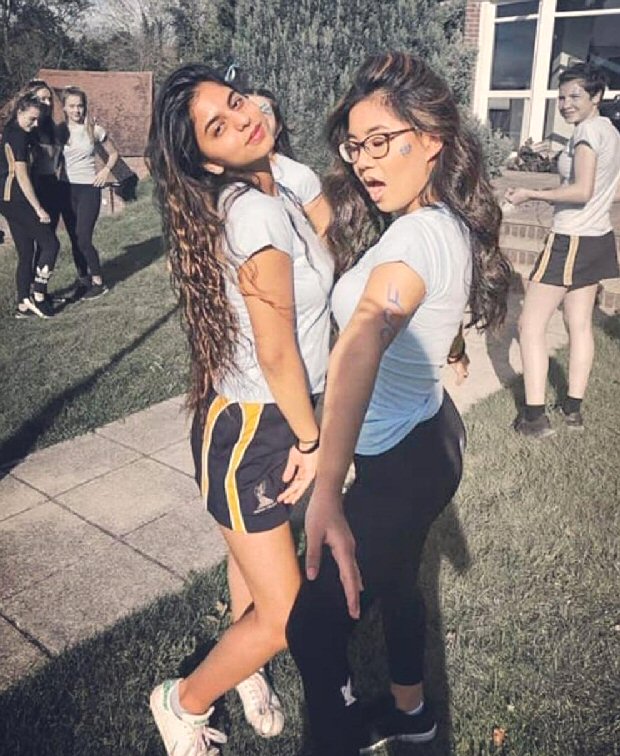 In her latest picture that is going viral on social media, Suhana Khan looks absolutely beautiful in her no makeup look while striking a pose with a school friend. Both of them are dressed up in athletic gear and it seems like they are part of a sports team. Flaunting her beautiful tresses, Suhana is smiling while dressed a white t-shirt and shorts.

A couple of months ago, Vogue India had featured Suhana Khan on their magazine cover. She received a lot of backlash for getting featured on a coveted magazine cover without any work experience in any field. She was tagged as, “Student, theatre lover, future star.” As she is still a student and not close to being launched in Bollywood, people criticized her and the magazine a lot since the cover was launched.

Earlier, Shah Rukh Khan said that Suhana Khan has been doing plays in her school and is very theatre oriented. He can see the zeal in her as she is a fan of cinema. He said that she wants to be an actor in her own way and not learn acting from him.

Also Read: UNSEEN pic: Suhana Khan as Juliet in a play will make you desperate for her debut