Saif Ali Khan has always been upfront on many subjects. His candid interviews have often been about his own kids or may be about his love for his wife Kareena Kapoor Khan but today it has been a rare moment where the actor had a whole hearted conversation about his father Mansoor Ali Khan. We all know that Saif is popularly known as ‘Nawab’ since he is considered to be the prince of the town called Pataudi. Speaking on why the name Pataudi changed to Khan in their surname, Saif revealed about some interesting details about his life on the show Pinch hosted by Arbaaz Khan. 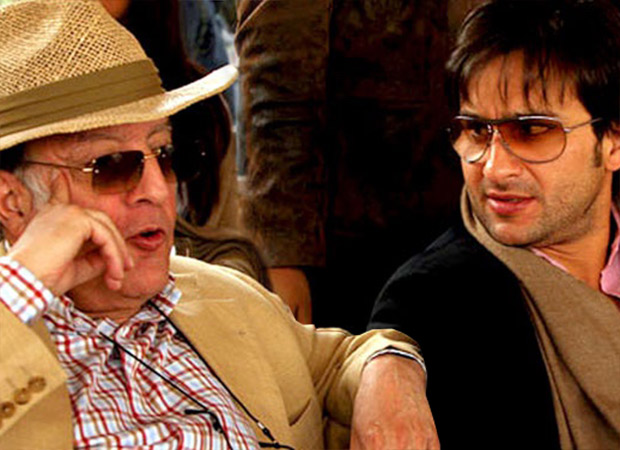 When Arbaaz Khan read out some trolls on social media about Saif Ali Khan being a Nawab, the actor spoke about his father and why they don’t consider themselves as Nawab. He said, “So there were princes. But in 1971 this stuff was abolished. I think dad lost his title and captaincy of India in the same year. It must have been something! But he changed his name. His signature used to be Pataudi and everyone called him Pataudi his whole life. But the day the Indian government outlawed these princely titles, he called himself Mansoor Ali Khan and his signature too changed into Mansoor Ali Khan – on cheques and everything!”

“I asked him when I was like 5 or 6 about why do we have two names? He said when I was born my name was this. But after 1971, I changed my name and now, this is your name you’re your name is Khan. This is how we were brought up and I think everyone should know this,” added the actor.

In the promo that was released earlier, we see Saif Ali Khan saying that he would rather kebab than be Nawab!

Also Read: Saif Ali Khan reacts to a troll asking him if he bought his Padma Shri award