Arjun Kapoor and Malaika Arora have been going steady for a bit now. Although they have been friends for a long time, it is only now that they are being snapped by the paps. Although there has been dignified silence about their personal life, neither have denied their relationship. 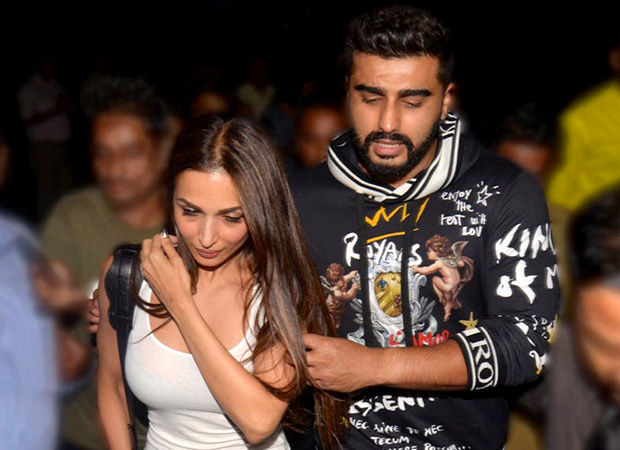 Since last couple of months, there have been rumours of their impending church wedding but both Arjun and Malaika have always asserted that there is no truth to these rumours. In an EXCLUSIVE interview with Bollywood Hungama, Arjun holds nothing back as he gives his fans a full disclosure on his marriage plans.

When asked about the same he said, “No marriage plans yaar. Am just very very happy, very very grateful that the media, and the people and generally everybody have been respectful towards me and my personal, and professional life. I think there has been a lot of dignity that has been given to me, a lot of respect has given to me. That is why there is certain openness from my end. I think, things should take their own course. Things should fall in to the place when they are meant too.”

He even gave reasons as to why he is so guarded about this relationship. He said, “I’ve had a pretty roller coaster life since my childhood. I do not want to jump the gun, I want to take things one step at a time but, thank you for your wishes, thank you for your concern. Aur, mai jabhi bhi shaadi karunga, agar karunga, toh sabko bataunga. Yeh koi chupane wali cheez toh nai hai (And when I get married, if I get married, I would tell everyone. This is not something which I would like to hide.)”

He further added what he felt about all the speculations and rumours surrounding this sensitive topic. He added, “The speculative nature of our profession will always remain. Which is always gonna be there, which I think is a small price to pay as actors. But I think it has more to do with the fact that all my peers are getting married. So it becomes part of: Sab ki ho rahi hai, toh iski bhi ho jayegi (Everyone is getting married, he too will get married). But, I am 33 I think I have little time before I take that plunge. It should happen when you are very very certain in life and when you know this is what you want.” “it's early days, “he signed off sounding determined. Arjun Kapoor will be seen next in India’s Most Wanted. The recently released trailer has generated a lot of buzz for the film.

Also Read: Arjun Kapoor has the FUNNIEST reason for not getting MARRIED to Malaika Arora yet