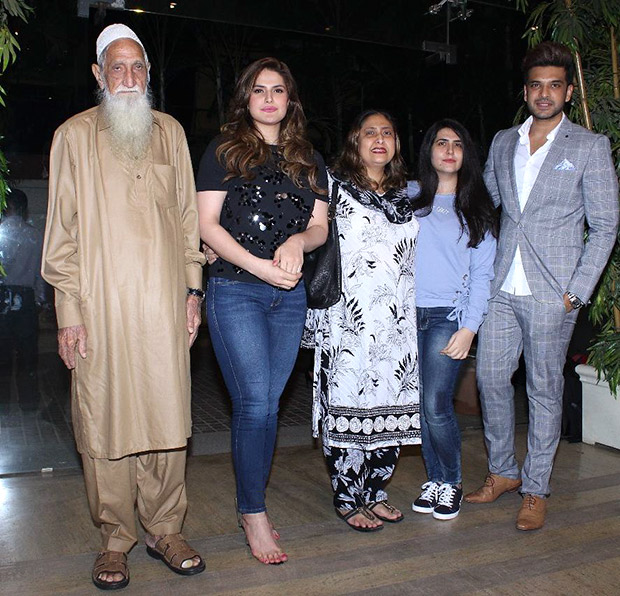 While her last film Aksar 2 ended in a controversy of sorts, this time around, Zareen Khan experiments with the horror genre with 1921. Along with Karan Kundra, Zareen was recently spotted at the screening of this film with her entire family. What makes it special? Well, the fact that the actress was spotted with her family for the first time.

Readers may be aware of the fact that Zareen Khan was Salman Khan’s discovery. She doesn’t hail from a filmy background and the actress confessed about how she was spotted. The actress was incidentally spotted by the superstar Khan during an event and what followed is history. Hence, her family always stayed away from limelight until recently. The media was pleasantly surprised when they got a glimpse of Zareen’s family at the special screening of 1921 that was held a day ago.

This time around, however, it seems that Zareen Khan’s family became the cynosure of the camera lenses as they attracted attention from the media. At the special screening of 1921 that was held for the team of the film, Zareen smiled for the lenses along with her family members and also co-star Karan Kundra. The actress came to the screening sporting a rather casual outfit comprising of a pair of denims and black top.

Talking about her film 1921, it is the third instalment in the period horror franchise after 1920 and 1920 - Evil Returns. While the franchise features Zareen Khan for the first time, Karan Kundra too has been associated with it for the first time. The film, directed by Vikram Bhatt, is slated to release on January 12.