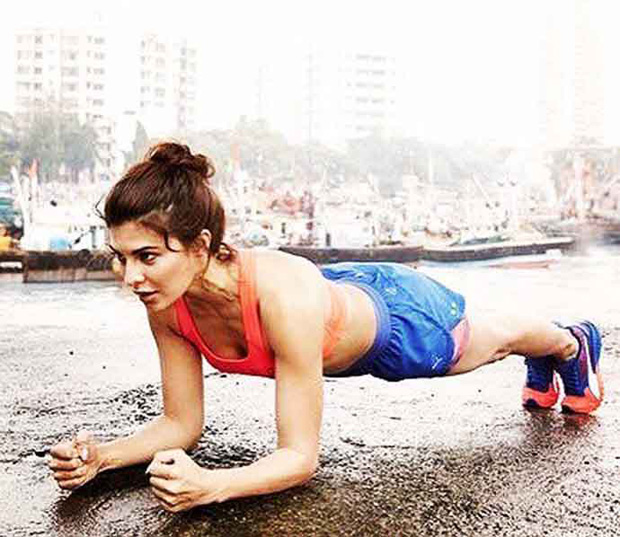 Jacqueline Fernandez will be seen in an out and out action avatar for the first time in Remo D'souza directorial, Race 3. Ever since the news of Salman Khan and Jacqueline Fernandez reuniting for Race 3 started making the rounds, Kick Jodi fans couldn't contain their excitement.

While the audience is ready to witness Salman Khan in an action avatar, Jacqueline Fernandez gearing up for action will definitely add up to the excitement. The film has started its first schedule and Jacqueline is giving her best to make this actioner a worthwhile watch. Popular for its high-octane scenes, Race 3 will showcase not only Salman Khan but also the female lead, Jacqueline doing some kickass action sequences in dynamic avatars.

Jacqueline Fernandez has been training for MMA, kickboxing and other forms of action to perfect her act. She will be seen performing hardcore action sequences throughout the film. Jacqueline, who is currently in Bali with her family, has been keeping up with her training to be in an optimal shape for her role in Race 3.

The action sequences in Race 3 are expected to succeed its previous parts' action. The action will be high paced, unpredictable and highly strenuous. Jacqueline has been training for same since she signed the film. Directed by Remo D'souza, the ensemble cast of Race 3, including Salman Khan, Anil Kapoor, Jacqueline Fernandez, Bobby Deol, Saqib Saleem and Daisy Shah are prepping for their roles.