The audience needs to gear up as Akshay Kumar is returning to his action avatar with Rohit Shetty's yet another big spectacle, Sooryavanshi. The actor is set to star as an ATS officer in the film. As the universe is growing after Singham franchise and Simmba, Akshay is the latest entrant in Rohit's cop universe. While the shooting is on Hyderabad, the Bangkok schedule was pretty action-packed as high octane stunts were shot there including chase sequences and helicopter stunt. 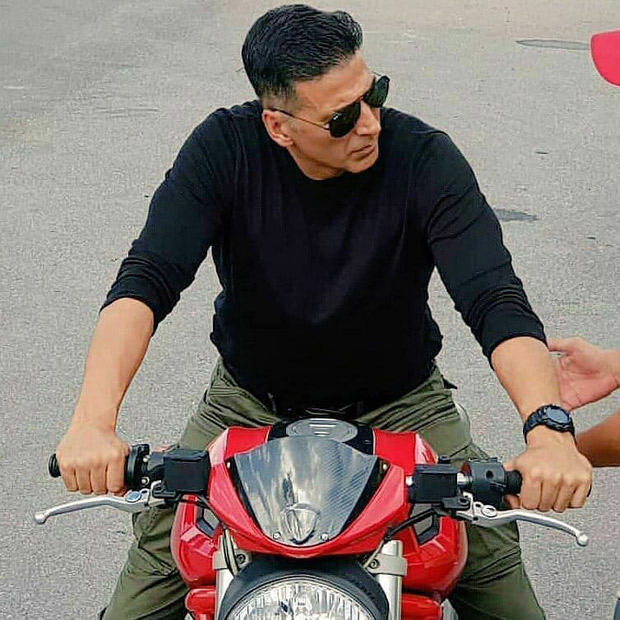 On Monday, July 1, Akshay Kumar shared glimpses from the schedule and it looks pretty insane. After several photos and videos were leaked from the sets of Sooryavanshi, Akshay shared a video in which he is seen performing the chase sequence on the bike followed by him hopping on the helicopter and hanging on it without any wires or harness. He is seen dressed in a black t-shirt and cargo pants whilst shooting an action sequence on a bike. Rohit Shetty and Akshay both seemed satisfied after the sequences were filmed perfectly.

From the day acting became my destiny, action has been my lifeline. Pure, unadulterated action in #Sooryavanshi will tell you’ll why it still fires up my core ????#RohitShetty @karanjohar #KatrinaKaif @RSPicturez @RelianceEnt @dharmamovies #CapeofGoodFilms pic.twitter.com/6UkGA7ivPL

Reliance Entertainment presents Rohit Shetty Picturez in association with Dharma Productions & Cape of Good Films, Sooryavanshi is directed by Rohit Shetty. The film is set to release on March 27, 2020.

ALSO READ: Sooryavanshi: Akshay Kumar, Rohit Shetty are ready to shoot the ‘fight master’ in this photo from the sets in Hyderabad