Dangal actress Zaira Wasim has made a rather controversial departure from Bollywood. In a lengthy post on a social medium on Sunday Zaira while announcing her decision to quit acting said, "Five years ago, I made a decision that changed my life forever. As I stepped my foot in Bollywood, it opened doors of massive popularity for me. I started to become the prime candidate of public attention; I was projected as the gospel of the idea of success and was often identified as a role model for the youth. However, that's never something that I set out to do or become, especially with regards to my ideas of success and failure, which I had just started to explore and understand.” 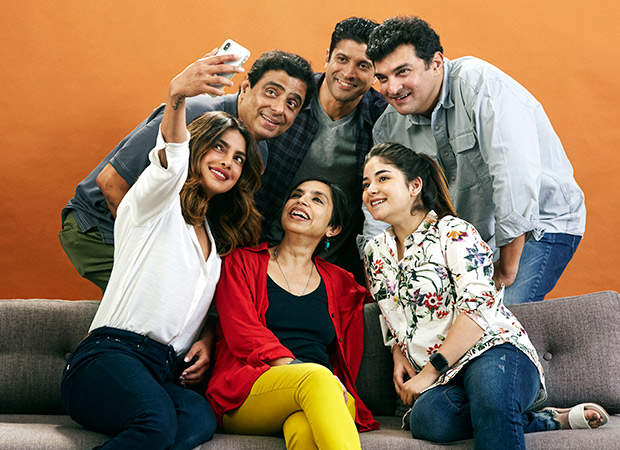 She goes on to hold Bollywood and the entertainment world responsible for leading her on an illusory self-destructive path away from her religious beliefs. The “resignation letter” has evoked a mixed response from the film fraternity, some of whom see her angst as misdirected towards her work.

“She is obviously a confused kid who couldn’t handle all the stardom that came her way at such a young age. Being part of a conservative Kashmiri Muslim family she was constantly under scrutiny and criticism all of which took a toll on her self-esteem,” says an actor who has worked with Zaira.

Zaira’s co-actor compares her predicament to Jack Gleeson who played King Joffery in The Game Of Thrones. The young actor quite acting after his character was killed off in the series. He has admitted to being damagingly affected by the demands of show business at such a young age.

Zaira began her short-lived three-year career in Bollywood as Aamir Khan’s spirited daughter in Dangal. The role fetched her immense popularity and recognition. A year later she was back with Aamir Khan, though this time not as his daughter, in Secret Superstar. Again she was covered with encomium for her performance.

With the bouquets came the brickbat especially from conservative Kashmiri community. In 2016 she was savagely trolled for being ‘un-Islamic’ in her choice of career. In 2017 the-then minister of Sports Vijay Goel posted a picture of Zaira complimenting her for breaking free of patriarchal system. Zaira had to respond by asking Goel to refrain from using her example.

In 2017, Zaira had filed a case against a man on a flight who she alleged had touched her inappropriately from a seat behind her. The man insisted his leg had accidentally brushed against. Co-passengers corroborated his claim.

Undoubtedly, Zaira was not comfortable in show business. She now quits after completing her third film The Sky Is Pink directed by Shonali Bose where she plays a real-life casualty of pulmonary fibrosis Aisha Choudhary.

A statement following her decision to quit from the team of The Sky Is Pink says, “Zaira is an exceptional artiste and we are lucky to have had her play Aisha Chaudhury in our film. She has been a complete professional all through the shoot of the film, which concluded earlier this month. This is a purely personal decision, which she has taken after much thought and we will be supportive of her in every way, now and always.”

Also Read: Dangal actress Zaira Wasim QUITS ACTING at the age of 18, says it interfered with her faith and religion