Our mid-week blues just got alleviated, courtesy the dynamic and formidable fashion force of the industry - Sonam Kapoor and Rhea Kapoor who have been spiking up style storm in Dubai! As the brand ambassador for the luxury Swiss watch brand, IWC Schaffhausen for India and Arabia, Sonam Kapoor has been regaling us with one stunning ensemble after another. Drama could well be their middle name as the ladies never miss an opportunity to give us a lesson or two on acing any style vibe. With Rhea Kapoor styling Sonam impeccably, the duo has revamped the fashion scene in Bollywood with the latter’s contemporaries to take note and follow suit. If the first day of Sonam’s Dubai shenanigans saw her impress in white, she swiftly upped the game and had us picking up our jaws from the floor with three styles. This style play that can be best described as black magic, a ruffled affair in pink and gorgeous in green is extremely well crafted and executed, to say the least!

It would be safe to attribute these three virtues to Sonam’s towering fashion game-high luxe, high-octane and extraordinaire! Sonam and Couture are synonymous! Sonam played the perfect muse to eminent designers and here’s all the low-down on her intriguing style play. 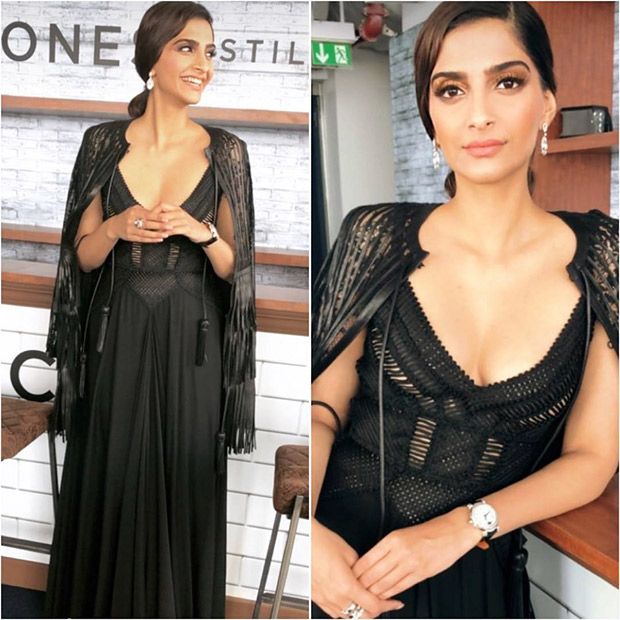 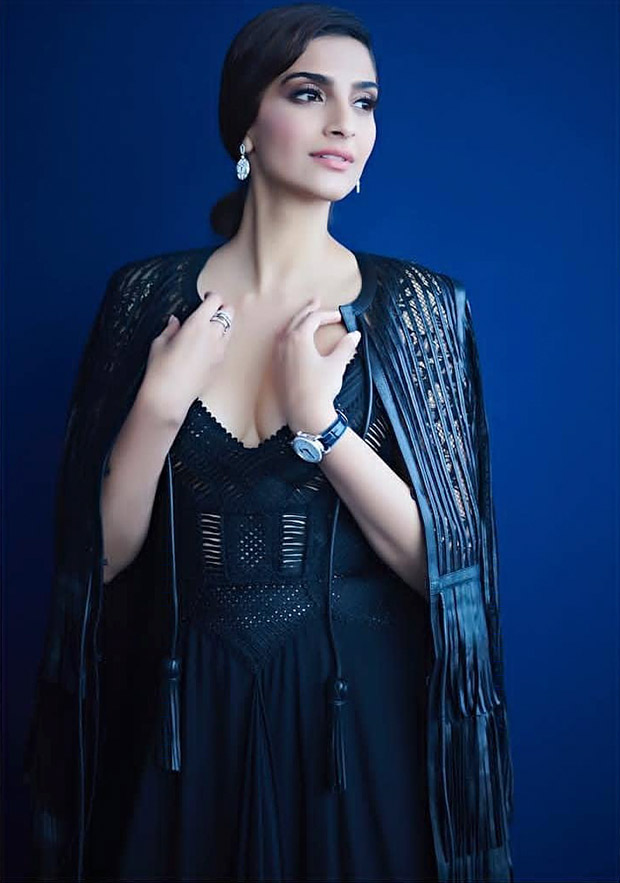 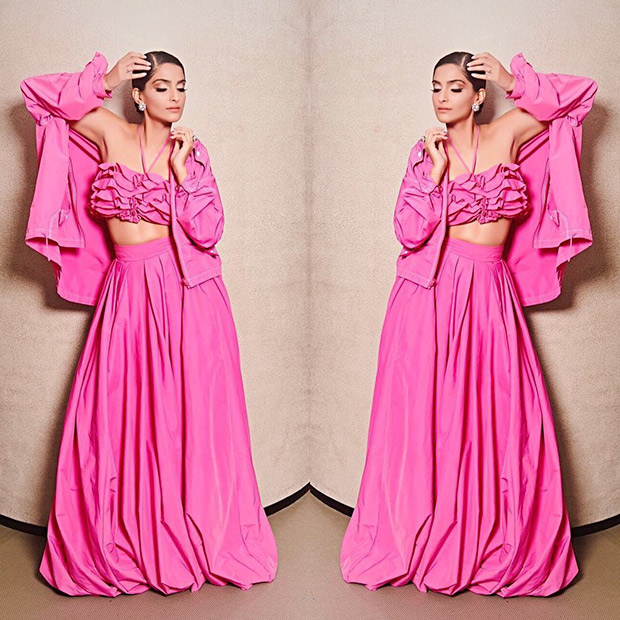 Sonam flaunted her toned abs in a Rosie Assoulin fuchsia ensemble featuring a ruffled cropped blouse, a voluminous skirt and an oversized jacket from the Resort 2018 collection. 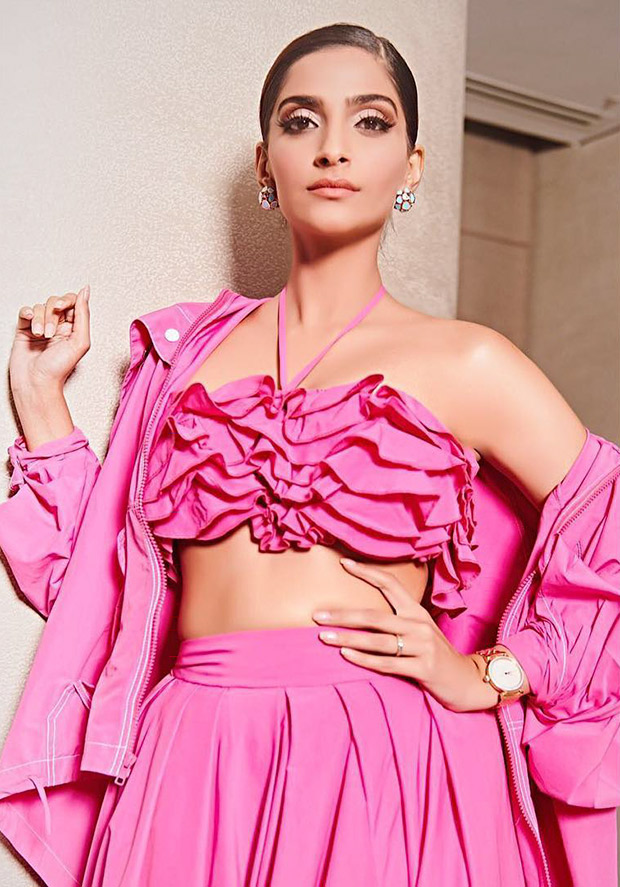 Statement earrings, an IWC Schaffhausen wristwatch, nude makeup and a side-parted sleek low-back ponytail rounded out her look. (Also Read: Slay, Inspire, Repeat – Sonam Kapoor is outrageously chic in this crisp ivory suit but her makeup has us hooked!) 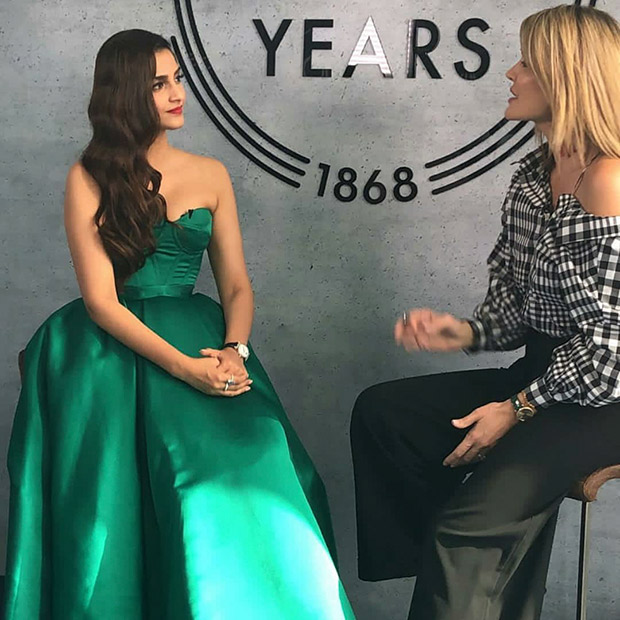 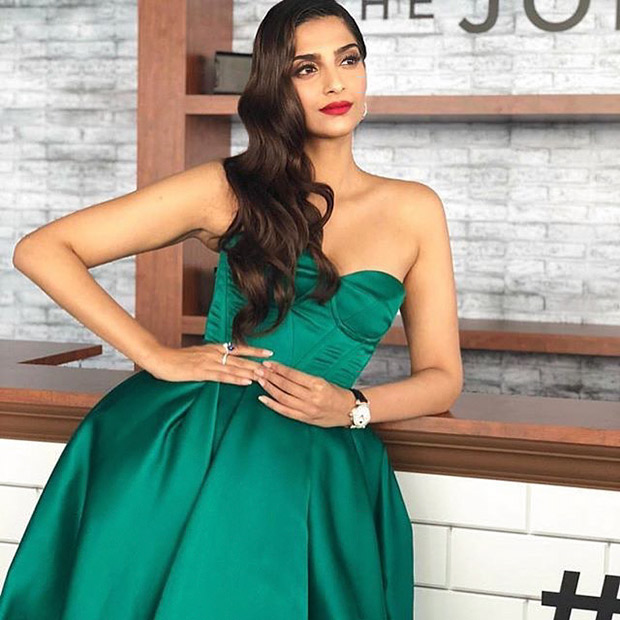 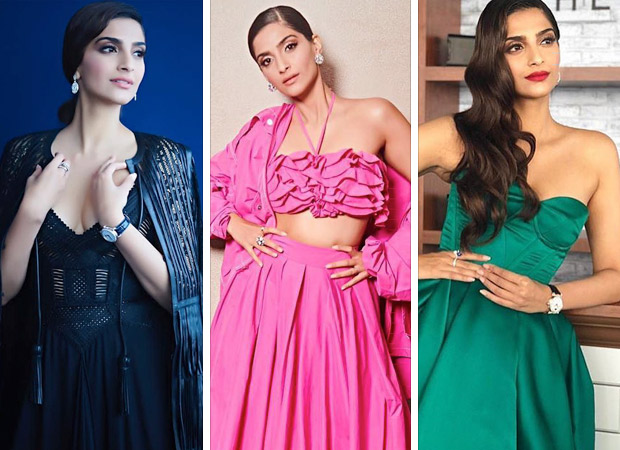 While we love all the three styles, the ruffled fuchsia ensemble has us hooked and we love how Sonam played it well with nude makeup. Dabble in colours this season and make heads turn, just like Sonam! (Also Read: REVEALED! Sonam Kapoor’s role details in Ranbir Kapoor starrer Sanjay Dutt biopic)

On the professional front, Sonam Kapoor will be seen sharing screen space with Kareena Kapoor Khan, Swara Bhasker and Shikha Talsania in Veere Di Wedding scheduled for a release on June 1, 2018.