Subdued elegance is her thriving vibe; Mahira Khan keeps us hooked to her shenanigans. While her acting chops in the television show, Humsafar with the heartthrob Fawad Khan endeared her endlessly, her off-screen spunk coupled with a remarkable nonchalance to deal with naysayers earned her accolades all the way. On the fashion front, last year saw her attain a new high with her sartorial affair at the Cannes. 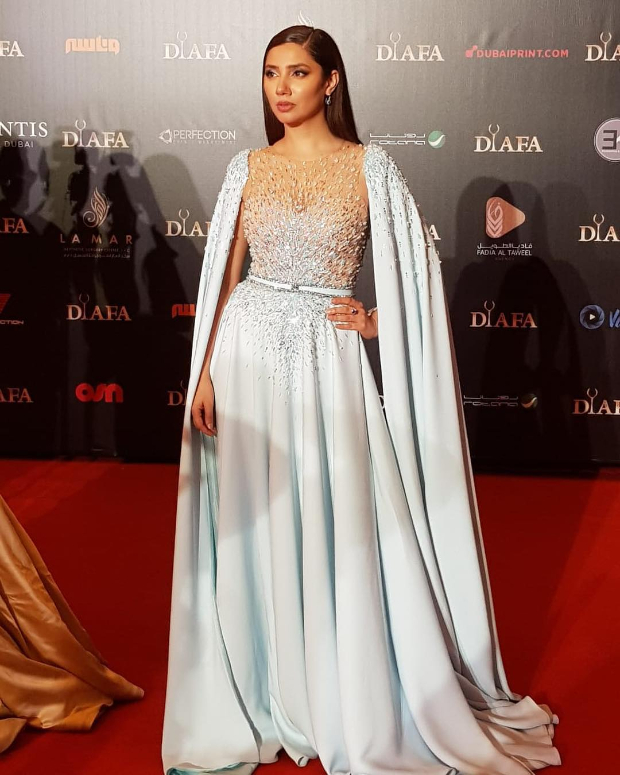 Her style play that is in perfect sync with her demure persona is often helmed by Malaika Arora’s go-to fashion stylist Maneka Harisinghani. 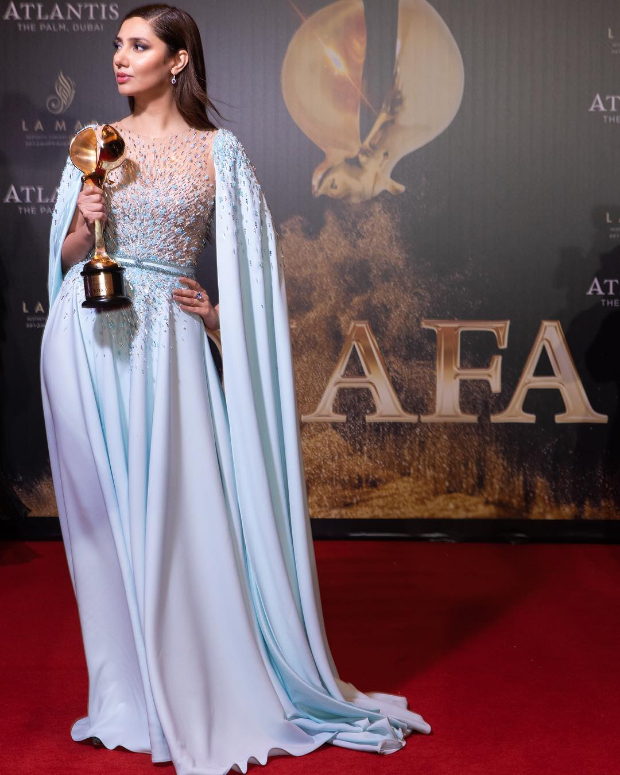 An award function in Dubai, the DIAFA saw Mahira Khan stun in a powder blue gown by Labourjoisie. 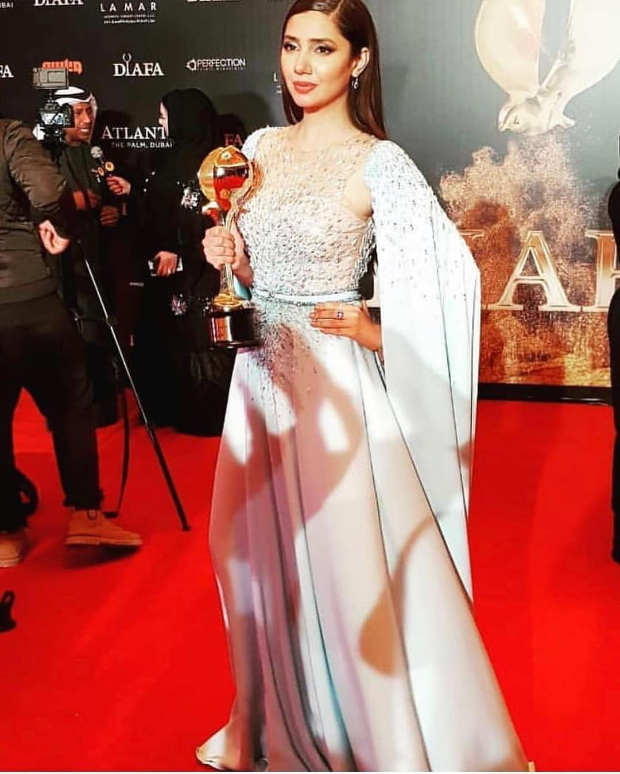 The powder blue gown, designed by Nadim Olivera for Labourjoisie featured intricate detailing of beads and Swarovski crystals on the neck and bodice and a cape like train cascading from the shoulders.

Also Read: This behind-the-scenes fun of Fawad Khan and Mahira Khan for a commercial will REKINDLE your love for them!

On the professional front, Mahira Khan will team up with Fawad Khan for The Legend of Maula Jatt, an upcoming Pakistani action drama film which is a reboot of the 1979 cult classic Maula Jatt. The film is all set to release in China with its domestic release on Eid-Ul-Fitr 2019 and is also touted to be the most expensive Pakistani film till date.